What happens when your client’s property is damaged and the insurer disagrees with the claimant on how much work is needed to restore it?

Some of these claims disputes can result in lawsuits, when the claimant brings the insurer to court alleging breach of contract. But the courthouse is not the only place to resolve disputes. Mediation and arbitration can be a quicker and cheaper way for both parties to resolve a dispute, suggests Jeff Reitsma, vice president and practice lead of remediation at 30 Forensic Engineering. 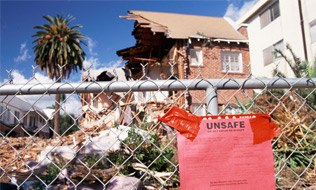 With arbitration, the parties may agree to take their dispute to a private company and agree that the arbitrator’s decision will be binding. “We have seen a bit more inclination to negotiate,” Reitsma reports. “The parties are not as far apart as they thought they were, and they come to common ground on these contentious issues where they might otherwise not have.”

There is also the mediation route. A skilled mediator can meet separately with the parties and “help take the hot air out of the balloon,” said Reitsma. “You can start to whittle away the areas of disagreement and replace it with areas of agreement, and get to a resolution much more quickly – and usually with less acrimony – in the end.”

What are the common hot-button issues underlying such disputes between insurers and their customers?

Several stories have appeared in the mainstream media lately about damage to property due to weather. Homeowners are sometimes quoted as disagreeing with the insurer about what needs to be done to repair/restore the property. Investigating these disputes can be complicated because engineering expertise is needed, Reitsma suggested.

“In my experience, it is rare that we see heavy disagreements of opinion among experts around actual damages, such as whether the wood that is holding up the framing of the home is in good condition,” said Reitsma.

Engineers can do some objective tests to assess the strength and rigidity of a structural component, and whether that component is capable of doing what it is intended to do. For example, an engineer can figure out whether a steel member needs to be able to deal with a certain amount of force. Building codes are often a good resource for engineers who are investigating disputes over how much work is needed to restore a damaged building, Reitsma said.

Another area in which insurers may disagree with claimants is over aesthetics. The disagreement may be over the work needed to make the building look no worse than it did before the loss.

“If you are going to patch a roof because it was impacted by a tree, but only part of the roof was damaged, the shingles may not match and the homeowner have had a fully matching looking roof before the tree fell on the house,” Reitsma explains. “It’s not a technical question at that point. It’s more one of aesthetics and being fair.”

3 Comments » for The new trend for handling disputed property claims