Are federal politicians and the P&C industry aligned on flood prevention? 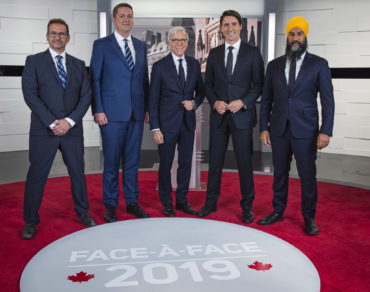 Insurance Bureau of Canada (IBC) has “been very vocal” throughout the federal election campaign on the need for a national plan to reduce flood risk, Craig Stewart, the group’s vice president of government affairs told Canadian Underwriter in a recent interview.

Here are the property and casualty industry’s five key wants from the next Canadian government, according to IBC:

IBC won’t comment during the middle of an election on which political party platform is closest to the mark regarding the industry’s wants. And so Canadian Underwriter asked the four major political parties what they planned to do to mitigate flood risk.

The Liberals pointed to their climate plan, which appears to promise many of the items IBC wants. The party’s said it wants to create a low-cost national flood insurance program through the Canadian Mortgage and Housing Corporation for homeowners at high risk of flooding and don’t have adequate insurance protection; complete all flood maps in the country and have them available in an online database; and develop a plan to help homeowners at risk of facing repeating flooding with relocation.

The New Democratic Party of Canada told Canadian Underwriter that, if elected, it would expand funding to help communities respond to disaster and adapt infrastructure to withstand flooding and other extreme weather events by $2.5 billion.

“We will also work with the provinces, territories and local governments to ensure that the Disaster Mitigation and Adaption Fund meets the needs of communities,” an NDP spokesperson said in a email, adding that they would continue uploading flood plain maps and keep them updated “to ensure we have the information we need to prevent flooding and properly plan our communities.”

The Green Party’s platform includes items like retrofitting buildings to make them energy efficient. Under its infrastructure plan, the party wants the Canada Infrastructure Bank to invest in climate-proofing key infrastructure and make upgrades to drinking water and wastewater systems a priority in order to protect against flooding, droughts and contamination. It also includes plans to restore natural buffer zones along waterways.

“The simple answer is a Green government would invest in infrastructure and land to minimize and prevent flood damage and our renovation programs would also cover floodproofing in appropriate areas,” a spokesperson in an email.

The Conservatives did not respond to Canadian Underwriter’s request to discuss their platform or policies on flood mitigation. The party has, however, released a plan for climate change, which states that it would look at government investment in infrastructure.  It would include low-cost options for enhancing or constructing wetlands to prevent floods and droughts. The party believes managing wetlands can provide protection from floods and droughts, noting that they will support the completion of the Canadian Wetland inventory.

“IBC is encouraged by the attention paid to flood so far in the election campaign. And we’re encouraging voters to take a closer look at the flood measures in party platforms and use that to inform their choice,” Stewart said.