How Economical plans to remain independent after demutualization

If Economical Insurance becomes publicly-traded on the stock exchange, it could eventually be acquired, but company officials have no intention of making Economical an easy acquisition target. 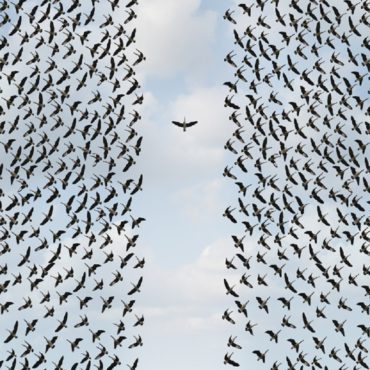 “We certainly made a determination a long time ago that we were not going down this (demutualization) road … to expose ourselves to be taken out by another player in the industry,” Economical chair John Bowey told mutual policyholders Monday at the insurer’s annual meeting in Kitchener.

Waterloo, Ont.-based Economical is the first federally-regulated insurer to start the demutualization process. If successful, it would be traded on a stock exchange and federal regulations would not allow a single company or person to own more than 10% of its shares for the first two years. After that, it would be impossible for any publicly-traded company to avoid the exposure of being taken over by another company, Economical Insurance’s president and CEO Rowan Saunders told Canadian Underwriter in a phone interview in March.

That said, Economical officials still want the firm “to remain independent well into the future and beyond the two-year year protection period,” Bowey said Monday. He was explaining to mutual policyholders why Economical made significant investments in its online direct writer (Sonnet) and a policy administration system (Vyne), which is about to be rolled out to brokers.

Several steps are still required before Economical can demutualize. It overcame a major hurdle in February when two court-appointed committees came to an agreement in principle how the benefits of demutualization will be allocated. That agreement is still confidential. One of those committees represents eligible mutual policyholders and the other represents non-mutual policyholders.

Once the agreement is finalized, Economical plans to submit a conversion proposal to the federal Office of the Superintendent of Financial Institutions.

Assuming it does demutualize, it would be publicly-traded. After two years, RSA and Aviva might possibly view Economical as a potential takeover target, Paul Holden, an equity analyst with CIBC Capital Markets, told Canadian Underwriter earlier.