How Fairfax’s Allied World acquisition is working out

With a combined ratio of 102.3%, Zug, Switzerland-based Allied World was the only insurer owned by Fairfax that had an underwriting loss during the first three months of 2019, Fairfax reported May 2. Most Fairfax insurers are taking advantage of hardening markets, company officials suggested in a recent earnings call.

Allied World had US$54.8 million in net adverse prior year reserve development in the latest quarter, of which US$18 million was in primary insurance. The adverse prior-year reserve development in the commercial primary segment was mainly in medical malpractice, Paul Rivett, president of Toronto-based Fairfax, said during a conference call discussing Fairfax’s Q1 financial results with stock and bond analysts. 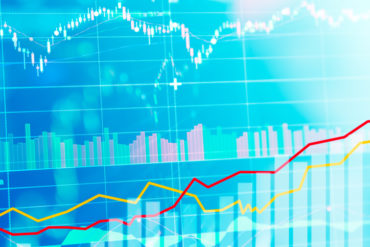 “These are all very long-tail lines of business,” Rivett said in reply to an analyst’s question. “So we are going back to the accident years before the acquisition of Allied World by Fairfax and because it’s so long-tail, we are going to see, periodically, some late reported claims come in that are going to cause a little bit of volatility.”

Fairfax owns several property and casualty insurers and reinsurance, including Toronto-based Northbridge, Stamford, Conn.-based reinsurer OdysseyRe and London-based Brit, which operates in the Lloyd’s market. Fairfax closed its US$5-billion acquisition of the majority of Zug, Switzerland-based Allied World in July 2017. Founded in 2001, Allied World’s coverages include professional, environmental and directors and officers liability, among others.

Company-wide, net premiums written rose 5.3% – after adjusting for acquisitions – from US$3.18 billion in Q1 2018 to US$3.35 billion in the latest quarter, Fairfax reported.

“Our companies are starting to see healthy price increases across most lines of business in North America with the exception of workers compensation,” Rivett said. “With a singular focus on underwriting discipline and strong reserving, our companies continue to be well-positioned to grow and diversify their books of business while capitalizing on these hardening markets.”

The increase in premiums (for the latest quarter compared to the first quarter of 2018) were 16% for OdysseRe, 6% for Brit and 11% for Crum and Forster, a Morristown, N.J.-based commercial insurer. Premiums were essentially unchanged at Allied World and down at Zenith National, a California writer of workers compensation insurance in the U.S.