How good are estimates of industry-wide insurance fraud?

Insurers really don’t know how much money fraud is costing them.

“In Ontario, we have to rely on other jurisdictions to try and quantify it because we are so lousy at it,” said Gordon Rasbach, former vice president of property and claims fraud at Aviva Canada, during a recent panel discussion.

“There is not that much transparency around it. We don’t know what we don’t know,” said Kamana Tripathi, TD Insurance’s assistant vice president for life and health business operational effectiveness. 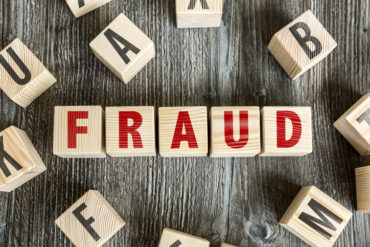 For auto physical damage claims going through Tractable Ltd.’s software, “typically we see inconsistencies on roughly 25% of claims, which is really high,” said Julie Kheyfets, head of North America for London, England-based Tractable, whose artificial intelligence product is designed to estimate the cost of repairing a damaged vehicle by looking at pictures of the damage.

Tractable’s software algorithms “do not assign moral blame,” Kheyfets said during the panel at Connected Insurance Canada, which wrapped up Sept. 11. “They are just looking at, ‘Is this consistent with the photo evidence or not?'”

With auto physical damage, insurers cannot count every dollar of potential fraud, said Kheyfets. Instead, she observes that insurers tend to look at the larger claims.

“A lot of the fraud is with the smaller claims. Repair shops tend to know that most insurers will audit primarily the large claims and most insurers will have thresholds – $5,000, $3,000, $2,000 depending on the carrier – for which they audit the [damage] estimates.”

So then, there could be a “cluster” of fraudulent claims valued slightly below those thresholds.

There is also a lot of fraud in medical services.

“If you take all the supply chains, for all the different types of claims that there are, in every stream of insurance – whether it’s workers comp, life and health, disability or property and casualty – the common denominator is injury rehabilitation,” said Rasbach. “I can tell you in the P&C world, that’s where most of the fraud is. It’s less overt. It’s the toughest to prove. ”

The panelists were asked by moderator Stephen Applebaum, managing partner at Insurance Solutions Group whether anyone really knows how much fraud is taking place and how much money fraud costs the industry.

Some estimate the cost is US$80 to US$90 billion a year, across all lines of insurance in North America, suggested Tripathi, alluding to estimates from the Washington, D.C.-based Coalition Against Insurance Fraud.

For its part, Aviva Canada came up with a Canada-wide estimate of $2 billion per year for auto fraud, said Rasbach.

Rasbach recounted Project Bumper, an undercover investigation conducted by Aviva Canada when Rasbach one of the carrier’s executives.

Aviva investigators posed as motorists who asked for help from tow truck operators and collision repair centres. The vehicles were actually outfitted with hidden cameras. Ten were taken in for repair and of those 10, nine resulted in fraudulent invoices, Aviva said at the time.

“We did not know how serious Ontario auto collision fraud was,” said Rasbach.

Aviva concluded from Project Bumper that if you extrapolated the results across the Ontario auto insurance industry, there would be about $580 million a year of fraud in Ontario alone.

In Project Bumper, Aviva said some tow truck operators billed the insurer for vehicles that were actually driven to the garages and collision repair centres that deliberately caused additional damage in order to inflate the charge. In some cases, Aviva was billed for new parts when in fact the parts installed were used.

Connected Insurance Canada  was held at the Marriott Eaton Centre and produced by Insurance Nexus.