How high cat losses could go this year

Alberta has become the epicentre for cat losses this year as combined insured damage could reach, if not exceed, $2 billion in the province alone after multiple natural catastrophes have hit various regions over a four-month span.

The calculations come as Catastrophe Indices and Quantification Inc. (CatIQ) updated its numbers from the spring flood in Fort McMurray, which it now pegs at $522 million — up nearly $300 million from its initial report on June 1.

“Since then, CatIQ has surveyed insurers and adjusted its data on the storm,” Insurance Bureau of Canada said in a news release with the updated number on Tuesday.

In late April, an ice jam formed on the Athabasca River near Fort McMurray, causing water levels to rise about 15-20 feet (4.5 to 6 metres) across low-lying areas in the region. About 13,000 people were evacuated from the area over a one-week span.

In mid-June, a hailstorm ripped through Calgary and surrounding communities. CatIQ put insured damages at $1.2 billion, making it the most expensive hailstorm in Canadian history and the fourth-most expensive cat overall. 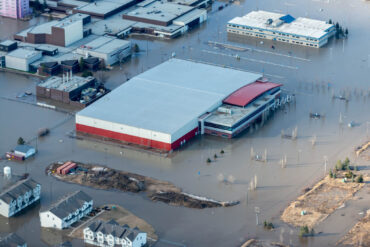 The flooded Syncrude Sport and Wellness Centre on the Keyano College campus in downtown Fort McMurray is shown on Tuesday, April 28, 2020. THE CANADIAN PRESS/Greg Halinda

In July, Edmonton and Calgary were hit in separate storms — flooding and wind damage in and around the provincial capital that included damage to Rogers Place, and more hail and flash flooding in Calgary.

While data from the two latest storms isn’t yet available, IBC said the $2-billion mark could be crossed in Alberta thanks to these storms. A January winter storm Ontario and Quebec accounted for $95 million in insured damages.

Meanwhile, in B.C., wildfire season has started as the Regional District of Okanagan-Similkameen Emergency Operations Centre has put residents under an evacuation alert due to a wildfire north of Princeton, in the southern part f the province.

“This is not one of the calmer years, as we are currently sitting at about $2 billion insured with five months still to go,” Glenn McGillivray, managing director at the Institute for Catastrophic Loss Reduction, told Canadian Underwriter.

“For several years, $1 billion in annual insured losses from severe weather seemed to be the new norm in Canada. But in recent years, we have been trending closer to $2 billion,” he added, noting some years have gone even higher, like in 2016 thanks to the Fort McMurray wildfire.

The fact that there have been two sizeable events in Alberta is putting pressure on claims departments, adjusters and restoration companies, McGillivray noted, not to mention building contractors, roofing companies and auto body repair shops.

“There is only so much capacity to go around, and everyone is close to being tapped out,” he warned. “We have already seen a lot of upward pressure on the price of asphalt shingles and labour costs for roofers in Alberta due to demand surge. This will drive claims costs up.”

And let’s not forget that we’re still dealing with the COVID-19 pandemic. “COVID is placing double pressure on these segments, as there are challenges presented to claims adjusters doing in-person visits to damage sites,” McGillivray pointed out. 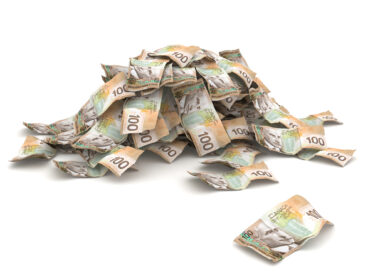 But even with these sizable losses, insurers should be able to handle the situation well as they have “a pretty healthy surplus. Much will also go to reinsurers,” McGillivray said. “If history proves accurate, I estimate that about two-thirds of the bill for the southern Alberta hailstorm will be passed on to reinsurers.”

Still, Alberta is once again proving to be a hotspot for cat incidents. Recently, DBRS Morningstar questioned if increasing costs of such events could make regions or certain perils uninsurable in the future.

“We believe that the combined effect of COVID-19 and higher weather-related losses may push the combined ratio of the industry slightly above 100% by the end of the year,” the report warned. “Depending on the volatility of financial markets during the rest of the year, realized and unrealized investment losses could further weaken financial performance.”

The province is still insurable, insisted a reinsurance leader. “Property in the town of Fort McMurray, Alberta is insurable, but there’s more work to be done to build resiliency in the area, and all across Canada,” Monica Ningen, Swiss Re’s president and CEO, Canada & English Caribbean, told Canadian Underwriter in May.

“ICLR supports this effort and we have reached out to certain parties in Alberta to offer our expertise in, among other things, the use of IR shingles in high-risk hail zones in the province,” he said. “We clearly can’t go on like this.”