How hitting a bicycle can lead to six-figure liability claim

An Ontario auto insurer is out more than $500,000 after a motorist hit a cyclist, causing soft-tissue injuries.

St. Marthe was riding his bicycle to work along Dupont Street in Toronto on Nov. 8, 2011. Leslie O’Connor drove his vehicle out of a gas station, hitting St. Marthe’s bike. 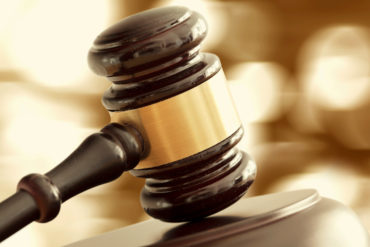 Court records indicate that at one point, O’Connor’s insurer, Aviva Canada Inc., had an opportunity to settle for $40,000 plus costs before the trial started. The defence’s reaction left the judge baffled, given the testimony of a doctor acting as an expert for the defence.

After St. Marthe’s bike was hit from the right by O’Connor’s vehicle, St. Marthe was knocked off the bike. O’Connor remained on scene. St. Marthe declined O’Connor’s offer to call an ambulance.

St. Marthe called his boss, who showed up to the scene and drove St. Marthe home. Later that morning, he went to a hospital emergency room due to back pain. He returned to his job at a landscaping firm the week after the accident, though he still felt pain in his back. St. Marthe later underwent physiotherapy which resulted in some improvement.

Three years after the accident, St. Marthe started working as a construction labourer, but he had some problems with the physical labour. The construction firm did not have light duties available for him so he was laid off in November 2014.

He filed his lawsuit against O’Connor the following July.

St. Marthe has not fully recovered; he is taking courses in computer networking so he can get a more sedentary job.

The plaintiff and defendant disagreed on many things.  The defendants argued the plaintiff was partly liable for failing to wear a helmet, but Justice Hurley found the defendant fully liable, mainly because St. Marthe had the right of way.

The defendant asked the plaintiff to see a spinal surgeon in November 2017. The surgeon told the court that the plaintiff had chronic soft-tissue sprain injury; he advised that conditions like that do not tend to get better, and that the plaintiff should be seeking a different line of work.

During the trial, the plaintiff made another offer to settle, this one for $60,000 in damages plus $153,000 in costs, including fees, disbursements and sales tax. There was no response to that offer, Justice Hurley wrote.

Judges can use their discretion to award a party costs on a substantial indemnity scale. As a general rule, partial indemnity costs are awarded unless special grounds justify a departure. In determining which scale to use, a court considers whether the time and expense devoted to a proceeding was proportionate to what was at stake.

On Aug. 20, 2018, about three months before the trial started, the defence made an offer to consent to dismissing the lawsuit on a without-costs basis if St. Marthe would accept the offer by Oct. 1. The plaintiff did not accept, and the trial started Nov. 19.

“The defendant did not explain in his written submissions why he was unwilling to make any settlement proposal other than the offer of August 20, 2018,” Justice Hurley wrote. “In the absence of an explanation, I can only conclude that the defendant decided, at an early stage of this litigation, that he would not pay any amount, however modest, to settle the case. This position is baffling in view of the admission of liability and the defence expert opinion.”

The defence expert concluded that the plaintiff suffered from a chronic pain condition, “which was supported by objective findings, and it was reasonable for him to retrain for a more sedentary occupation.”