How home insurance rates in Canada are trending

Home insurance rates in Alberta today have jumped nearly two-and-a-half times more than what they were 10 years ago, according to an analysis from a rate aggregator.

Average home insurance premiums in Alberta have gone from $741 to $1,779 since 2011, an increase of 140%, Ratesdotca reported recently. That includes a markedly sharp increase this year compared to last. In contrast, Ontario homeowners have seen their rates increase 64% in the same amount of time, going from $782 to $1,284.

The average cost of home insurance has grown at a rate more than three times that of inflation over the past decade, Ratesdotca observes. That compares to personal property damage claims having gone up 42% over that time, according to 2009-2019 data from Insurance Bureau of Canada (IBC), cited by Ratesdotca.

Ratesdotca calculated home insurance prices based on policy transfers between 2011 and early 2021.

The growth in total property claims made through home insurance policies explains the trend, the aggregator states, pointing to IBC data. The numbers show personal property claims across the country more than tripling since 1996 — up 213%, from $2.3 billion to almost $7.2 billion. 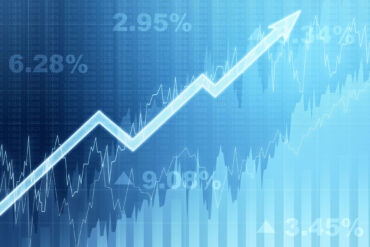 The increase is in line with global trends, according to Ratesdotca, which cites climate change as the reason. Australia’s QBE Insurance Group’s 2020 annual report states the economic cost of natural disasters has exceeded the 30-year average for seven of the past 10 years.

“Climate change is already having direct financial impact on individual Canadian homeowners,” Jameson Berkow, managing editor of Ratesdotca, said in a press release. “Everyone should be motivated to take action on climate change, but this data should add even more incentive by putting a clear dollar value on the costs of inaction.”

This year, there has been a sharp increase for Alberta policyholders compared to last year. In 2020, the average home insurance policy cost $1,355, according to Ratesdotca. This year, it’s up to $1,779 — an increase of more than 31%.

In Ontario, the average price of home insurance dropped between 2011 and 2012, and again between 2013 and 2014. In 2017, it held steady from the previous year. Overall, Ontario saw an overall 64% increase in the last 10 years, according to Ratesdotca. The province has been hit by flooding caused by rainstorms over the last decade, as well as windstorms.

QBE, as quoted by Reuters, remarked in 2020 that climate change could make some insurance premiums unaffordable, specifically pointing to those customers who are exposed to extreme weather events. They called it a “material risk” for its operations across the world.

1 Comment » for How home insurance rates in Canada are trending