How IBC is addressing hard market in condo insurance

Condo corporations in Alberta that are having trouble finding insurance might be able to get help from the Insurance Bureau of Canada. 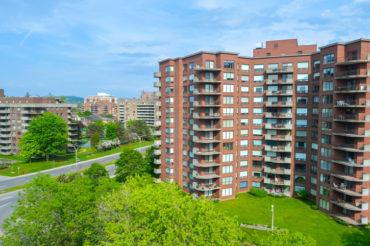 IBC announced Tuesday it is “engaging” a risk manager who can make practical recommendations to condominium corporations to reduce their risk. The risk manager has yet to be named, an IBC spokesperson told Canadian Underwriter Tuesday.

In an announcement Tuesday, IBC gave one example of how the new risk manager could help. “If a condo corporation can’t obtain insurance because of numerous water damage claims, the risk manager will identify that as the obstacle for the condo corporation and advise them on the maintenance required to reduce that risk.”

For years, insurers have been competing on price when writing risks for commercial realty, suggested Scott Treasure, CEO of Edmonton-based Treasures Insurance and Risk Management Inc., in an earlier interview with Canadian Underwriter.

The commercial realty market, which includes large condo buildings and multi-unit buildings, is now “at a tough point,” said Treasure, who was not commenting in the context of IBC’s announcement. “It is susceptible to all of the little things that have been challenging property for a while. Water damage in those spaces can be a very big deal. People are stacked up on top of each other so the problems literally cascade.”

IBC said Tuesday a number of condominium corporations in Alberta are feeling the hard market “more significantly than others.”

By hiring a risk manager, IBC aims to increase the awareness of condominium boards about how insurers view risk and evaluate properties.

There are about 9,000 condominium corporations across Alberta. Recent media reports suggest that at least a handful are having trouble accessing insurance or are seeing increased rates, IBC said.

“The reality is, the commercial realty space has been under water in the claims side for a while,” Treasure, a former president of the Insurance Brokers Association of Canada (IBAC), told Canadian Underwriter this past December. He was asked about the hard market in Alberta in general. “The loss ratios in that space are extremely difficult to deal with. So the rate has been below where it should be for a while. So the correction there has been particularly harsh.”

IBC noted Tuesday that multi-unit condos are prone to water damage through accidental overflowing of toilets and bathtubs, as well as burst pipes and supply line failures. Risks that condominium boards should consider are high vacancy rates and the risk of having units occupied by tenants, who may not be as diligent in maintaining the units and getting to repairs.

“Higher tenancy rates can often lead to less oversight from the board of directors, which could lead to irregular maintenance or substandard repairs in the condo building,” IBC said.