How insurers are faring as IFRS 17 transition looms

As the transition date for the new insurance accounting standard IFRS 17 approaches in January 2022, insurers are split on whether or not to use dedicated staff for implementation.

A recent study of about 25 insurance clients of PwC found that 56% will take on IFRS (international financial reporting standards) implementation as an additional responsibility to their ongoing work, with the remaining 42% saying they will use dedicated staff for implementation.

“We found that cross-functional teams that are dedicated is really helpful, so it’s interesting that we had that stat earlier that a lot are not planning to use dedicated staff,” Kyle Snyder, a partner at PwC and chair of Insurance Bureau of Canada’s IFRS working group, said Tuesday during a web conference. “You might not have needed dedicated staff in the past, [but] it will be a bit hard this year to have blackout periods — [business as usual] financial reporting periods. So something to maybe reconsider if that was your plan before.”

Snyder was part of a panel of speakers discussing IFRS 17 during IBC’s 24th annual Financial Affairs Symposium. Snyder discussed the implementation of the standard and provided some tips for success during the session IFRS 17: Industry’s Implementation Progress and Insights. 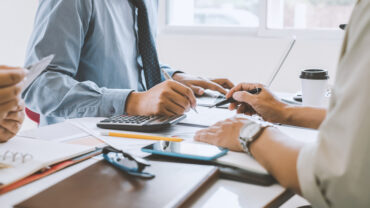 IFRS 17 — representing an effort to harmonize international accounting standards so there is a common global standard of financial statements and terms — is set to come into effect Jan. 1, 2023, following a transition period to begin next January. “When it comes to operational considerations … not everybody is embarking strictly on a compliance basis,” Snyder reported during the webinar. “Some are using this as a catalyst … to transform and modernize their finance function and streamline processes.”

According to PwC’s study, conducted in December 2020, over 95% of insurers believe that the majority of their business (75-100%) will be eligible to apply the simplified premium allocation approach (PAA). Although this is good news, Snyder said, there is still work required to test PAA eligibility for groups of contracts that are not automatically eligible (i.e. contracts with greater than one-year term), including the use of appropriate materiality thresholds. The survey also found over 90% of insurers plan to use a data warehouse as a primary data repository for IFRS 17, and 63% are planning on conducting three or more test runs of the standard.

With less than a year left until the IFRS 17 transition period, Snyder offered the following tips for success:

This helps businesses to think about the skills needed to make the transition successful. IFRS 17 has broader impacts than purely accounting — it can impact dividend decisions, capital and solvency.

Have some guiding principles around prioritization

For example, is your internal reporting calendar flexible, and by how much? “If you have a 10-day close and that is non-negotiable, then that is something that would be important to have as a grounding decision as you start to design your process and flows and other elements of this implementation,” Snyder said. It will also help identify what can be moved ahead of the year-end date.

Don’t forget about the people

“So is this an actuarial role, a finance role?” Snyder asked. “Do you need expertise in this area? Maybe this is an element where you can upskill some awareness of, say, an actuary with some financial reporting background or vice versa, to bake that into your project plan.”

“[The light’s] only red when you slam into that wall,” Snyder said. “Often, we find that project status doesn’t really change until you know you’re not going to make it. Using that caution flag is effective because it will help you get more buy-in, maybe alert you to where simplifications may be needed or get additional resources if needed, or maybe just get the attention of some of those senior members to move forward on some of these decisions that need to get going.”

Use a ‘sprint-based structure’

This helps break implementation into smaller, more manageable pieces. Not only does it make the project easier to manage, but it also helps flesh out any fatal flaws that should be baked into future sprints. “But I think the real benefit is it gives you more timely feedback on how hard it was,” Snyder said. “How long did this sprint take you? You were estimating it would take you four weeks, maybe it took six or seven. What does that mean for your remaining sprints and your project plan?”

When you miss a sprint, the key is to roll it into the next sprint, Snyder said. “You don’t start the next sprint, obviously, until you complete the first one.” This will allow your team to realize that, for example, it’s not possible to get three sprints done in 13 to 16 weeks, “which then influences your project team on when you might need to take a different course of action.”