Having a video camera installed with your home alarm system is one way for your client to reduce burglary risk, but it’s questionable whether this is an underwriting factor considered by the insurance company. 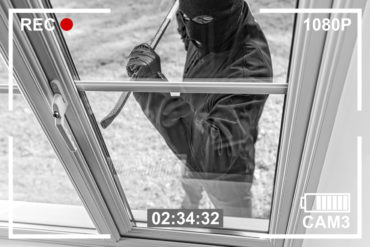 “To my knowledge, the majority of property insurance policy applications do ask if there is a monitored alarm system,” said Pete Karageorgos, director of consumer and industry relations for Ontario for the Insurance Bureau of Canada.

But carriers are not necessarily asking clients specifically whether their home is monitored by video surveillance, Karageorgos added Thursday in an interview. “The home alarms of yesteryear were just entry sensors – perhaps a door was broken into or a glass was broken. Now a lot of these security systems do include video monitoring.”

That was after police released images of the suspect, taken from security cameras at several different homes. Multiple break-and-enters were reported between July 13 and 17 at homes in the area west of Mavis Rd. and south of Dundas St., formerly provincial Highway 5.

On July 22, Peel Regional Police (which enforce the law in both Mississauga and Brampton) released new video of the suspect and a still image from that video, City News reported. Shortly after that image was published, a man was arrested.

“It’s nice to see situations like this where technology benefits law enforcement in helping them track down and arrest someone breaking into people’s homes,” said Karageorgos. “There is some benefit to having from a safety and security standpoint.”

In Mississauga last week, a total of 27 homes were broken into, Peel Regional Police reported. The suspect got in either through the backyard gate or at the side; he then proceeded to look for unlocked windows or doors.

On the Home Security Challenge posted to Peel Regional Police website, consumers are asked several questions, including whether the screws that secure the strike plates opposite the lock on their entry doors are at least 2.5 inches long. This is because burglars often enter homes by kicking in doors.

An entry door whose strike plate screws are less than an inch long are easily prone to being kicked in, police warn. The Home Security Challenge asks consumers a variety of questions – from whether they have their lawn mowed while they are away to how they secure sliding glass doors. They are then given a score measuring their risk of theft.