With interest rates at historic lows, Canadian property and casualty insurers rely more on underwriting profits to keep profitable than they have in the past. 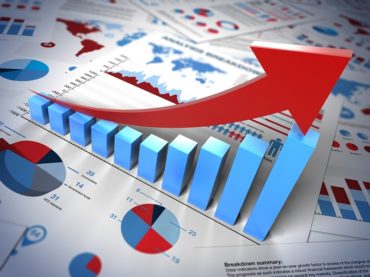 What difference would a rate hike make to insurers?

A one percentage point rise in interest rates would have “limited” impact on Intact Financial Corp.’s financial performance in 2018, the company’s officials say. While for others, such as Toronto-based Fairfax Financial Holdings Ltd., a rate increase is anticipated to help its bottom line.

It is unclear whether the Canadian or American central banks will raise interest rates this year.

The United States Federal Reserve stated recently that “further gradual increases” could be warranted this year, The Associated Press reported on February 23.

Industry-wide investment income among Canadian property and casualty insurers was $2.5 billion in 2016, up from $2.2 billion in 2015, A.M. Best Company Inc. said in a report released this past August.

During a conference call announcing the company’s 2017 financial results, Intact officials were asked what impact rising interest rates would have on the insurer.

“A [one percentage point] yield rise represents about $20 million of investment income, but it accrues over a three-year period roughly,” Intact chief financial officer Louis Marcotte said during a conference call on February 7. “So, in the first year of the rate rise, the impact is limited.”

Intact reported on February 6 that its net investment income was US$432 million in 2017, up from US$414 million in 2016. But this rise was due mainly to the acquisition last year of commercial insurer OneBeacon Insurance Group Ltd. of Plymouth, Minn.

“Excluding the impact of OneBeacon, net investment income was flat compared to 2016, as the low yield environment continued to impact our investment income in 2017,” Intact said in its management discussion and analysis.

Fairfax Financial, the corporate owner of Toronto-based Northbridge Insurance, reported on February 15 that its interest and dividends were US$559 million in 2017, up slightly from US$555.2 million in 2016. Fairfax also owns OdysseyRe, Allied World and Brit PLC, among other insurers, as well as a variety of firms in other industries including restaurant and retail.

South of the border, the key policy rate is currently in a range of 1.25% to 1.5%, AP reported February 23, adding the central bank raised rates three times in 2017.