How IoT devices can cause a liability headache for insurers

Charlie Murray, international technology team leader with CFC Underwriting, used the example of an IoT device in a beehive with both hardware, software (in the form of firmware), and sensors. In the event of a hardware failure, a claim would be classified as a products liability claim under a general liability (GL) policy. If the software failed, it would be an errors and omissions (E&O) loss. 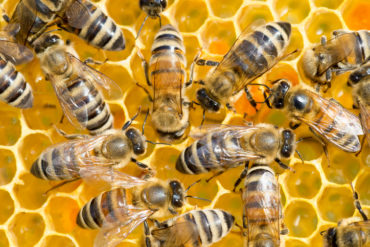 “In the event of the loss, how do you know which one failed?” Murray asked. “Was it the sensor, was it the hardware or was it the firmware on the hardware, in which case it’s an E&O loss?”

He took it one step further. “What if you’ve then got one insurer on the E&O and another insurer on the GL and they’re both pointing fingers at each other saying the other insurer should be covering it, not me?” Murray asked. “Or worse, you’ve got a loss that falls through the cracks?”

With an IoT device, E&O and GL exposures are very much intertwined and could be covered by one or the other. “If you’ve got two insurers saying, ‘No, the other insurer should be covering it,’ then what’s likely going to result is an unpaid claim,” Murray said. “Whereas if you’ve got one insurer that understands it, they’ve underwritten for that exposure and they understand it might be the hardware that’s failed or it might be the software that’s failed, then the claim isn’t going to be denied, it’s going to be covered.

“It doesn’t affect the insured, the insured still gets their claim paid and it’s just an allocation issue for the insurer” – whether they classify it as GL or E&O. “No one is denying liability. The insured’s experience isn’t affected.”

Murray used the example of a company that came up with a unique way to unobtrusively monitor honey bee colonies using in-hive sensors retrofitted into existing beehives. The data collected is taken from the hardware devices and uploaded into a software platform, where machine learning and big data techniques are applied to extract valuable information about the condition, activities and productivity levels of the bees.

“So, if there’s a failure with the monitoring, the result is catastrophic loss to the colony, so likely it’s going to be filed as a property damage claim,” Murray said. “If it was the hardware that failed, this would be classed as a product liability claim under a general liability policy. If the software failed, then that would be an E&O loss.”

“I’m sure there’s many, many claims that are getting kicked out because the underwriter that’s considered it has been looking at it as if it’s been traditional,” Murray said. “What I fail to understand is how this is still so frequently being overlooked when it’s such a key part of coverage that these emerging tech companies need.”

CFC writes $13 million of tech E&O premium in Canada and part of its $80 million book in Canada.