What’s at the heart of today’s hardening market cycle

“I really believe that we had a soft market that lasted too long,” said Stéphane Cossette, senior director of risk management with Quebecor Media Inc. 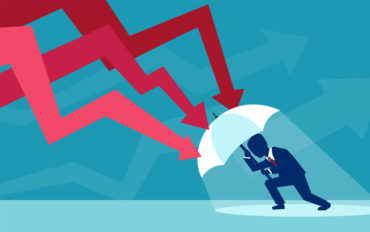 Rates are a “bit lean” right now, he said, and definitely capacity is scarcer. However, although he is seeing rate pressure, it’s “reasonable.”

The current hard market will likely continue until the end of next year, he predicts. “For the time being, throughout mid-2020, we should see very hard conditions.”

What distinguishes this hard market period from others? Well, there is some debate about whether other anticipated hard markets ever fully materialized, as Cossette observed. And if previous hard markets were simply blips on the radar screen, one could make the argument that the soft market has been going on for much longer than you’d think.

After the 9/11 terrorist attacks on the World Trade Center in the United States in 2001 and the global financial crisis in 2008, it looked like the beginning of a hard market, but it didn’t happen, Cossette observed.

For example, in 2001, it was a capacity issue, but very niche. “There was a little casualty, but mostly it was property-driven,” Cossette said. “And 2008 wasn’t a hardening market, it was a hiccup. I didn’t even see a glimpse of a hardening market.”

But in the current period, he said, “we’ve actually seen underwriters willing to cancel accounts.”

He’s not the only one seeing a hard market that is different from past ones. Caleb Maksymchuk, chief operating officer and partner at brokerage Ravenhill Agencies in Edmonton, told Canadian Underwriter recently that he is witnessing market conditions that he’s never seen before in his 12 years as a broker. Even more seasoned colleagues are a little concerned.

“For those who have been in the business, whether they’re underwriters or brokers, they say this is a different kind of hard market,” Maksymchuk said. “It’s not like it was, it’s a lot more challenging than previous hard markets.”

While Maksymchuk has not had a contract cancelled, he has seen others affected. In an online poll to be published in the upcoming August issue of Canadian Underwriter, about half of more than 200 Canadian brokers polled reported that they’ve had a contract with their carrier cancelled over the past year. Nearly two-third believed the cancellation was the result of the hard market.