How long will the haul be for Canada and the pandemic?

A second wave of the COVID-19 pandemic is gripping parts of Canada and it will likely be well into next year until we come out of it, an expert predicts.

And the longer things drag on, the worse it bodes for the property and casualty insurance industry. As the economy suffers, near-zero interest rates will remain the norm, putting a dent in insurer profitability. And as cases remain high and restrictions of varying degrees remain in place, broker clients could question if it’s worth the effort to try and stay open. If they choose to lock up for good, the pool of clients for the insurance industry shrinks.

Short of a vaccine becoming available — an announcement Monday morning from pharmaceutical giant Pfizer indicated that early data shows its vaccine may be 90% effective at preventing COVID-19 — how long could the pandemic last? If the first half of the pandemic was used as a template, including when stiff shutdowns of the economy were put in place, the number of daily cases went from about 1,800 cases across Canada to around 400 over a span of about three-and-a-half months.

So if it took that long the first time around, it’s reasonable to believe that it would take at least the same amount of time to do it again, said Francis Fong, chief economist at the Chartered Professional Accountants of Canada. That puts any hope of a summer-like case count and increased economic activity not appearing until at least January.

But don’t pin your hopes on that just yet. New cases per day have spiked across the country — Canada has averaged almost 3,600 cases per day since the start of November, double what was seen in the spring. And while some restrictions have been brought back into place in some parts of the country, moves like full lockdowns that saw many businesses close their doors entirely earlier on remain on the sidelines. 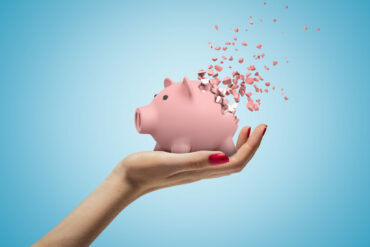 “A lot of the provinces are not being as draconian with their plans in shutting down the economy because they’re concerned with the impact this prolonged pandemic will have on businesses. That’s at the crux of it,” he observed.

Fong was speaking to Canadian Underwriter about the economic situation in both Canada and the U.S. as a result of the pandemic.

“In a way, we’re damned if we do and damned if we don’t,” he continued. “If we remain open, the pandemic will take even longer to get our arms around. With that kind of uncertainty just constant, we’re saying that we’re going to be perpetually operating in this lower level of economic capacity because we can never truly fully get back to where we were.”

Looking at job numbers isn’t all that encouraging either. Yes, about two-thirds of the three million-plus jobs have returned but those gains were mostly on the backs of people who were temporarily laid off. Now there’s been a noticeable increase in the number of people looking for full-time work — those whose temporary layoff became permanent.

So the pace at which jobs returned can’t be expected to be replicated going forward. “Mainly because we’re no longer in the arena of just getting people back to work and giving them their old jobs back. We have to create new jobs or recreate the ones that we’ve lost,” Fong said. “And, of course, how are we going to do that when we’re still in the middle of a second wave? We’re almost back entirely to where we were at the start of the pandemic in terms of new cases per day.”