How MGAs are dealing with underwriter shortages

Canadian P&C managing general agencies (MGAs) are dealing with a lack of underwriters due to increased demand for products and services combined with traditional staff turnover, an industry executive told Canadian Underwriter.

“MGAs are, from what we see, the fastest growing and expanding sector within the entire insurance industry. Our members, in terms of business written, are growing every year anywhere from 20 to 120%,” said Steve Masnyk, managing director of the Canadian Association of Managing General Agents (CAMGA).

In effect, MGAs are facing a “double whammy,” Masnyk said. They are dealing with regular turnover plus the need to add staff due to massive increased demand for MGAs’ products, services and offerings.

Underwriters are the bulk of the challenge. “MGAs are finding it very difficult to find good underwriters at all levels — new, mid-career and senior underwriters,” he said. “Even underwriting assistants, it’s very hard.” 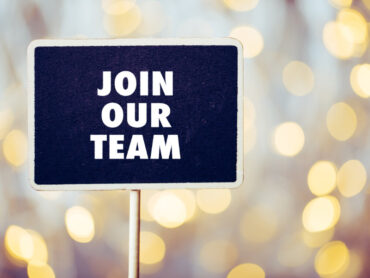 Masnyk was asked for his comments on labour shortages and work pressures following the release last month of Navacord brokerage Lloyd Sadd’s Market Insights report, A Transition to an Uncertain Future. The report noted that, like all businesses right now, companies throughout the entire insurance industry are struggling to attract and retain staff at a time when workloads have never been higher and the overall labour force is shrinking (due to Baby Boomers continuing to leave the workforce and the impact of COVID-19 on the talent pool, among other reasons).

“However, hard market conditions in the insurance industry have also morphed staffing issues into new areas,” the report said. “As insurers narrowed their appetites and removed entire classes of risk from the general insurance market, a great deal more business began flowing to managing general agents (MGAs) in the ‘wholesale’ market.

“As a result, the MGAs are now struggling to provide the levels of service they did in the past, as they have become flooded with submissions. There is no easy fix for the industry’s overall staffing issues either, as few observers anticipate a retreat from the new underwriting rigour adopted during the hard market, which is one of the major contributors to increased workloads, along with the Great Resignation and impacts from the industry learning to work entirely from home.”

Masynk said some CAMGA members are even capping the number of submissions they receive.

Lloyd Sadd’s report also pointed to a related staff issue: the movement of key underwriting personnel with technical expertise in certain lines of business from one company to another, as those companies expand or contract their appetites for certain risks.

Masnyk said the bulk of underwriters entering the MGA space are coming from brokerages and carriers, particularly carriers.

“The more [carriers] outsource the underwriting activity to MGAs, the question from the carrier side is, ‘What happens to those underwriters employed by carriers?’” Masnyk asked. “Well, their natural home would be the MGAs simply because they would be performing exactly the same activities if they continue being employed by the carrier. The natural thinking is that an underwriter employed by a carrier would transition into an MGA simply because the carrier itself is outsourcing all of that activity to MGAs.”

A lot of brokers are joining the MGA channel as well, Masnyk said. “The years of experience they have on the retail side gives them a great background to join the underwriting side.”

To help alleviate the talent crunch, Masnyk said CAMGA works hand-in-hand with college, university and federal programs in insurance to showcase the advantages and benefits of working as an underwriter for MGAs. “There’s a ton of students who are in the process of finishing those courses, those programs in insurance, and they’re deciding whether to join the carrier side, the broker side or MGA side or the adjusting side.”

Masnyk added that “virtually every single one of our members is hiring. If you’re doubling your business in terms of business itself every year, you need to hire people.”