Included in the provincial government’s 2019 budget document released in April was a proposal “enabling innovation and new business models to give drivers more options, such as car subscription services that include insurance.”

Increasingly popular car subscription services like Zipcar and Car2go allow “members” to simply hop into cars that are parked conveniently throughout the province and drive off, paying by account based on the amount of time used. It’s unclear how any changes to insurance for vehicle subscription services would apply, particularly since insurance is often included in some way as part of the service. 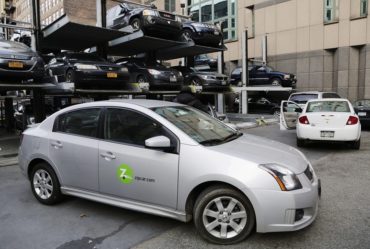 FILE- In this Jan. 2, 2013, file photo a Zipcar is parked at a lot in New York. Companies such as Zipcar and car2go eliminate the need to stand in line at rental car counters while waiting for vehicles, instead using smartphone apps to connect drivers with cars in their neighborhoods or nearby. (AP Photo/Mark Lennihan, File)

“The only change that I could foresee them perhaps putting in would be that the coverage wouldn’t be through the subscription service itself, that it would be member-independent,” Tom Macmillan, an associate with Toronto-based Rogers Partners LLP, told Canadian Underwriter Wednesday. “So perhaps it would allow for insurers to specifically tailor rates for each member in terms of vehicle.”

Macmillan acknowledges this would be labour-intensive from an insurer’s perspective. “But perhaps if they’re going to be able to target drivers that would otherwise not meet the more stringent conditions put in by these services, they would deem it worthwhile from their perspective,” he said.

It’s also unclear how driving history and other factors would play into changes to insurance. Industry representatives could not be reached for comment by press time.

In case of an accident, Zipcar says on its website, members are responsible for a damage fee, which is up to the first $1,000 of damage to the vehicle; all further damage is covered by Zipcar insurance (the fee can be reduced or eliminated with the purchase of an optional damage fee waiver).

Zipcar insurance also includes third-party liability coverage and personal injury protection or no-fault coverage that “meets the minimum requirements of the state or jurisdiction in which an accident occurs, and the full extent of coverage varies based on a member’s age and location.” Coverage may be provided under a certificate of self-insurance, insurance policy, or both.

Similarly, Car2go’s insurance “meets or exceeds the statutory minimum financial responsibility limits for each jurisdiction where it operates,” the company said on its website.

Included in the provincial government’s 2019 budget document released in April was the “transformational, multi-year strategy” outlined in Putting Drivers First: A Blueprint for Ontario’s Auto Insurance System. While there were high-priority items in the blueprint, such as “fixing” the medical assessment system and a new Driver Care card to streamline access to care after an injury, the government also proposed the “new business models to give drivers more options, such as car subscription services that include insurance.”

Macmillan attended one of the stakeholder consultations and noted the change to car subscription services was not on the list of priority items, meaning changes the government wants to roll out by the end of 2019.

“It was stressed that patience should be exercised with a bunch of these [proposals], as it’s going to be a long process,” Macmillan said Wednesday. “I don’t really have an idea whether it’s on their radar for 2020 or beyond, unfortunately.”