How much business Sonnet writes for Economical

“While Sonnet requires additional scale to achieve profitability, we now have sufficient insights and experience to improve performance, and we have confidence in the numerous actions we have already taken,” Economical Insurance CEO Rowan Saunders said Thursday in a statement. 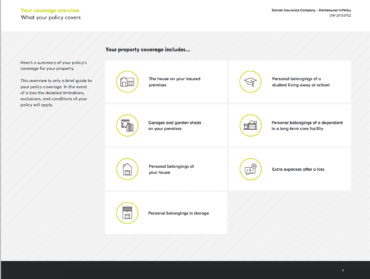 Most insurance written by Economical is placed by brokers. But in 2016, Economical started writing personal lines (including auto, homeowner, condo, landlord and tenant) directly through Sonnet, deliberately choosing to go direct using a different brand name than it uses for its broker-placed insurance.

There is a growing segment of the market that wants to buy insurance directly over the Internet, chairman emeritus Gerry Hooper told mutual policyholders in May 2018. “We only need to look at the success of the Amazons,” he said at Economical’s annual general meeting last May in Kitchener, alluding to how Amazon is displacing some industries. “The development of Sonnet is necessary for our future.”

Economic did not specifically say Thursday how much it spent on Sonnet but did say that in personal lines, 6.3 points in its combined ratio were attributable to strategic investments that include Sonnet.

Economical reported last month it spent $8.1 million during the first nine months of 2018 on demutualization costs. The carrier spent $13.4 million and $7 million in 2017 and 2016 respectively on demutualization. Economical made history in 2018 when it submitted a demutualization proposal to the Office of the Superintendent of financial institutions.

Demutualization is subject to further policyholder votes as well as approval from the federal government.