How much leeway does a condo corporation have when conducting repairs?

If a condo corporation enters your client’s unit to repair suspected flood damage but finds other hazards, can they complete those additional repairs instead and seek reimbursement from the unit owner?

It would appear not, if the factors of the case are similar to those in a recent ruling from the Court of Appeal for British Columbia. In The Owners Strata Plan NW 307 v. Desaulniers, the province’s top court allowed an appeal from a strata unit owner who claimed she was not properly notified of the corporation’s intention to make repairs and seek reimbursement of more than $12,000 for them. 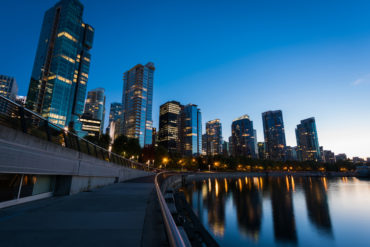 “There is no leeway to allow the strata to recover costs incurred to effect repairs to [the owner’s unit] without notice and without other legal authority,” Justice Peter Willcock wrote in the appeal court decision released Tuesday. “Unfortunately, in this case, the strata, mistakenly of the view it had an order entitling it to effect repairs, did so in good faith but without notice and cannot rely upon s. 133 to recover those costs.”

In setting aside a ruling from the Supreme Court of British Columbia, the appeal court acknowledged the unique and unusual facts of the case.

On Nov. 6, 2015, the strata corporation sought an order requiring the unit owner to immediately vacate her strata unit to allow it to remediate suspected flood damage. It also sought an order that all uninsured expenses would be paid by the unit owner “as contemplated by section 133 of the Strata Property Act.” In November 2017, the corporation ordered the owner to pay $12,217.87 as reimbursement for repair expenses.

The suspected flood in question occurred on Nov. 1, appearing to emanate from the unit owner’s suite, Justice Willcock wrote. The unit owner presented strata representatives from entering the suite, prompting the corporation to seek an order.

When they did enter the unit, there was little evidence of flood damage, but representatives discovered other “significant” hazards. These included, among others, the dismantling of every electrical outlet, light switch and fixture, tampering of the water line and dryer electrical plugs, damaged patio doors and windows, and illegal plumbing alterations.

Repairs were made, and the corporation sought reimbursement. But the unit owner argued the inspection of her suite had disclosed no flood damage and she had not been provided with notice of any work required to be done to her suite other than repairs related to flood damage.

The trial judge held that a broad reading of the order “may authorize the expenses that were incurred by the strata corporation in this unique situation. However, it is my view that under s. 133 of the Strata Property Act, the strata was authorized to repair the damages noted and do what is reasonable and necessary to remedy a contravention of its bylaws or rules and is entitled to reasonable costs remedying those contraventions.”

At the appeal level, the unit owner’s lawyer argued the trial judge erred in making an award pursuant to s. 133 of the act because the strata had not complied with provisions of s. 135, which describes the notice that must be given to the unit owner before reimbursement may be sought. As well, the initial order application was for flooding. “It became clear, however, in the course of the hearing that the expenses occurred did not relate to the flood and were not consequential repairs,” the lawyer argued.

The strata corporation argued it did what it considered to be reasonable to protect both the unit owner and other owners’ interests. Any “technical” breaches should be set aside, it argued.

However, Justice Willcock ruled that the provisions of the Strata Property Act are not ambiguous, allowing no leeway for the strata to recover costs without notice or other legal authority.

“For that reason, I am of the view the chambers judge erred in granting judgement,” he wrote. “I would allow the appeal, set aside her order and dismiss the strata’s application for judgement.”

More News
Related
Mechanic barred from suing employer over workplace injury
Do your insureds understand a “material change in risk”?
Could CGL policy have to cover this dry cleaning pollution claim?
What risk managers can learn from Supreme Court ruling in favour of Canada Post