How not to manage risk at a cryptocurrency provider

HALIFAX – The accounting firm investigating the unseemly demise of Canada’s QuadrigaCX cryptocurrency exchange is accusing the company’s late founder of creating fake trades and transferring customer funds into his personal accounts, where the money was used for high-risk margin trading.

“Substantial funds were transferred to Mr. (Gerald) Cotten personally and other related parties,” says the report, prepared by Ernst and Young as it oversees the defunct company’s bankruptcy proceedings.

“(Ernst and Young) has not located any support justifying these transfers.” 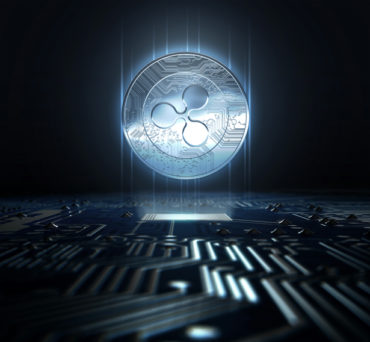 The bombshell allegations draw into sharp focus several questionable business practices that preceded the shutdown of the virtual company in January amid a storm of controversy.

At the time, the Vancouver-based company owed creditors more than $200 million in cash and digital assets, only a small portion of which has been recovered.

Ernst and Young says Cotten, whose widow has said he died from complications linked to Crohn’s disease while travelling in India last December, also transferred “significant volumes” of his customers’ cryptocurrency into other exchanges, where it was used as security for margin trading.

“In addition, substantial amounts of cryptocurrency were transferred to wallet holders whose identity the monitor (Ernst and Young) has been unable to confirm.”

As well, the report says Cotten created accounts on the trading platform using aliases, which in turn were filled with bogus deposits used for trading that artificially inflated revenues.

As with previous reports from Ernst and Young, the latest report says the financial reporting and operations of QuadrigaCX were “significantly flawed,” mainly because Cotten directed the entire enterprise on his own from his home in Fall River, N.S.

As a result, Ernst and Young says the typical “segregation of duties and basic internal controls” did not appear to exist, there were no accounting records and no separation between the company’s funds and customer funds.

More importantly, the accounting firm made it clear that after several months of investigating, it has been unable to find security passwords used to gain access to QuadrigaCX’s cash and cryptocurrency inventories because the passwords were held by Cotten.

“Quadriga failed to ensure adequate safeguard procedures were in place to transfer passwords and other critical operating data to other Quadriga representatives should a critical event materialize – such as the death of key management personnel,” the report says.

The online exchange, which was once one of the largest in Canada, offered a platform for trading and storing digital assets like Bitcoin, Litecoin and Ethereum. It was founded by Cotten in 2013.

The industry is not regulated in Canada, nor does it have any industry oversight.

Ernst and Young confirmed it has found only $32 million in cash, and it is trying to recover another $900,000 from a third-party payment processor. QuadrigaCX routinely turned to payment processors to handle transactions because traditional banks were leery of dealing with them.

As for the missing cryptocurrency, Ernst and Young says it has taken possession of or identified digital assets worth about $1 million.

The latest report says a total of 76,319 unsecured creditors, virtually all of them QuadrigaCX clients, have come forward to claim they are owed $214.6 million – $74.1 million in cash and $140.5 million in cryptocurrency.