Cutbacks in oil and gas is one reason bond claims have become more frequent in Western Canada, a surety expert for the nation’s largest insurer suggests.

A slowdown in the construction market in Alberta – and to some extent in Saskatchewan and Manitoba – is affecting the surety market, said Bob Landy, vice president of corporate surety and specialty at Intact Insurance, in a recent interview.

“That is predominantly tied to problems in the oil and gas sector in Alberta and Saskatchewan, which has really cut back a significant volume of construction spending.” 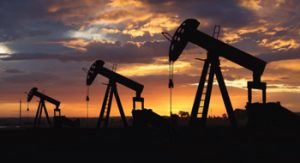 West Texas Intermediate oil was trading Monday at US$56.46, Bloomberg reports. In 2014, that same oil cost US$93 a barrel, the Canadian Associate of Petroleum Producers reports.

Capital spending on oil and gas extraction in Canada dropped by more than half, from the end of 2014 to the end of 2018, Calgary Business said earlier.

“Now there is an over-supply of construction services, profit margins are down and that problem is going to take a few years to sort out,” Landy said of the slowdown out west.

“In the interim, we are seeing (construction industry) clients lose money. We are seeing a higher frequency of surety bond claims in those territories right now.”

A surety bond is a three-way contract. Unlike traditional commercial property and liability insurance agreements, surety bonds do not insure the client.

Instead, the insurer (the surety), would pay an “obligee” money if the customer (or the “principal”) fails to fulfills the terms of an agreement with the obligee, the Surety Association of Canada notes.

Capital investment in Canada’s oil sands is forecast at $12 billion in 2019, down from an estimated $13 billion in 2018, the Canadian Association of Petroleum Producers reports.

“A sharp drop in the world price of crude oil in 2015 and 2016 hurt the profitability of upstream oil and gas companies in both Canada and the U.S.,” wrote Steven Globerman and Joel Emes in a Fraser Institute report, Investment in the Canadian and US Oil and Gas Sectors: A Tale of Diverging Fortunes.

Investment in the “upstream segment” of Canada’s oil and gas industry – as a share of total capital expenditures across the Canadian economy “declined consistently from 2014 through 2018” wrote Globerman and Emes.

The “upstream” market is made of companies who find and product oil and gas – while the midstream market processes and transports it and the downstream market includes distributors and retailers.