How Ontario got it right on surety

The federal budget bill, Bill C-97, was tabled in March and passed second reading on Apr. 30. SAC’s president Steven Ness appeared before the Standing Committee on Finance earlier this month to advocate for the need for Bill C-97 to address contractor insolvency through surety bonds that guarantee construction projects will be finished and bills will be paid. 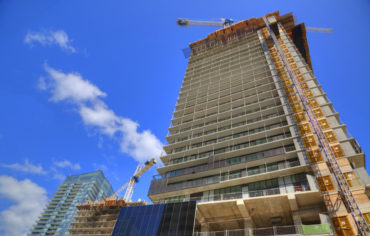 SAC is very supportive of any measure that speeds up payment in the construction industry and praised the government for taking this initiative. However, Ness suggested that leaving out any provision to deal with contractor insolvency is a serious oversight.

In Ontario, changes recently implemented through the Construction Act of Ontario require surety bonds on all public projects valued at $500,000 or more. “What we did in Ontario is, we devised special bond forms that not only pay, but pay promptly,” Ness told Canadian Underwriter in an interview Thursday. “We have a fixed amount of time to review the claim submission that is brought in and once we’ve done that, we have to pay any undisputed amounts within 10 days.”

The prompt payment portion of Bill 142, the Construction Act, comes into force this October.

In the federal budget bill, however, there is no measure included to deal with contractor insolvency.

“We spoke to the committee and said if you are not addressing that risk of insolvency, you’re making a law that brings about prompt payment, but not certainty of payment, so you are only doing half the job,” Ness said. “You can’t have prompt payment if you don’t have certainty of payment. What happens if a general contractor goes broke and can’t pay his subcontractors at all? It doesn’t matter how prompt the payment requirements are if there’s no money to pay them.”

So far, Ontario is the only province to have addressed prompt payments and insolvency in legislation. Saskatchewan and Nova Scotia have passed skeleton bills, Ness reported, but they haven’t become law yet and there will likely be changes to each of them.

Ness spoke at the Standing Committee on Finance May 16 along with Pierre Cadieux, SAC’s business development manager for Quebec. A simultaneous Standing Senate Committee on Banking, Trade and Commerce was held that day; representing SAC was Frank Faieta, national vice president at The Guarantee Company of North America.