How real are concerns about a recession? 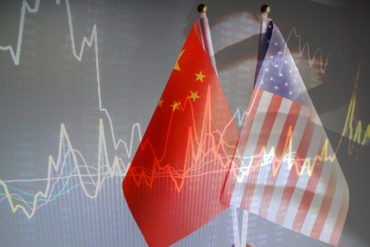 So long as a trade war and tariffs being thrown around, recessionary fears will always linger over the head of the economy. But that doesn’t mean it’s all storm clouds. One economist believes Canada is in good shape.

The latest chapter in the trade war happened just before the weekend. China announced a tariff hike of $75 billion on U.S. goods in retaliation to U.S. President Donald Trump’s announcement that a new round of tariffs on Chinese imports will kick in on Sept. 1. It’s these tit-for-tat spats that generate recession fears and could upset the “steady as she goes” Canadian economy, said Francis Fong, Toronto-based chief economist with the Chartered Professional Accountants of Canada.

“Trade is absolutely the biggest risk,” he told Canadian Underwriter. “And it’s ‘man-made’ in the sense that trade was doing fine before all these protectionist measures were being implemented.”

There are other signals that not everything is right, such as the U.S. Federal Reserve cutting rates for the first time in a decade, with some expecting further cuts to come. But on a broader scale, the North American economy is doing just fine. Unemployment rates in both countries are low. Canada’s GDP is at its ideal “cruising speed” of 2%.

“If we look ahead, most forecasters are not expecting a full-blown recession,” Fong said. “What they’re expecting is just kind of a return to what economists like to call potential, or, more simply, an economy’s natural cruising speed.”

So should the insurance industry worry about its investments? Is a recession likely in the near future? If the trade file blows up tomorrow, then it’s possible. That’s the problem when something that can affect the economy in great ways depends on the whim of a small group of people.

“Does Trump take an increasingly hard stance on China? If so, when? Does China retaliate? If so, when and how? Those are just completely unpredictable circumstances that, unfortunately, are going to be the primary factor for whether or global trade emerges as the risk factor that we think it is,” Fong said. “It could be next month, it could next year. It’s really tough to say at this point.”

For now, things are good, he added.

“The general economic indicators that were seeing in terms of the labour market, inflation and GDP as well – the last few months of GDP data has been absolutely stellar. We’re looking at, if not strong, at least stable economic backdrop in Canada. So it’s hard to envision a situation where, in the absence of this trade risk, we would be talking at all about a recession risk here in Canada,” Fong said.

There are still lingering and justified concerns like household debt levels of Canadians and the housing market and rising interest rates haven’t done much to solve those issues.

“So if we do see some sort of a slowdown in global economic growth, that could potentially exacerbate what we see more domestically as a household debt risk and could push Canada into some deeper trouble,” Fong said.

1 Comment » for How real are concerns about a recession?