What lies behind the unexpected Alberta quake

Perhaps the largest-ever earthquake to hit a section of central Alberta caused no immediate reports of damage, but knocked out power for more than 4,000 customers.

Could fracking be the culprit?

In this case, Alberta Energy Regulator (AER) is probing the earthquake’s connection to hydraulic fracturing (fracking), where rock is fractured by pressurized liquids to extract oil or gas. 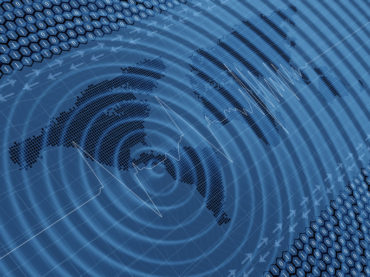 Hadi Ghofrani, a researcher at Western University’s Department of Earth Sciences, told Canadian Underwriter Wednesday that since 1985, most of the observed Magnitude 3 or greater seismicity in the Western Canada Sedimentary Basin appears to be associated with oil and gas activity. However, associated seismicity occurs for only a small proportion (about 0.3%) of hydraulic fracturing operations in the region.

While there were no official reports of damage, power was knocked out for more than an hour for about 4,600 FortisAlberta customers. Social media users described rooms shaking and one user even posted an image of a crack in a wall allegedly caused by the quake.

The energy regulator has ordered oil and gas company Vesta Energy Ltd. to suspend all operations at their fracking site following the earthquake. At the time, Vesta Energy was fracking “in close proximity” to the recorded quake, according to the AER. A company representative contacted AER through their 24-hour emergency response number at 6:20 a.m. March 4 “and informed the AER that seismic activity of magnitude-4.32 was detected due to Vesta’s fracturing at the site, and that Vesta had shut down the fracturing operation.”

In addition to the shut-down order, AER ordered Vesta to submit, among other items, data for each stage of the fracking operation, passive seismic data, the fracturing operations plan and future planned operations.

In this case, it would appear the quake would be too weak to trigger insurance coverage. And given the location of the quake, uptake of earthquake insurance would likely be non-existent.

Other areas of the country seem more likely to experience earthquakes. The Insurance Bureau of Canada estimates a 30% chance of a significant earthquake in British Columbia in the next 50 years. Industry estimates also point to a 5-15% likelihood of a Magnitude 7 earthquake in the St. Lawrence River Valley to the Ottawa Valley, including Quebec City, Montreal and Ottawa.

It is believed only about 3-4% of homeowners in Quebec have earthquake insurance and 80% of homes that have this exposure are not insured against the peril. Meanwhile, about 70% of Vancouver Island homeowners have the coverage.

So how does Alberta compare? “While Alberta has been historically seismically quiet, the change in numbers of recorded earthquakes over time is worthy of study and attention,” the Alberta Energy Regulator (AER) said on its website. Monitoring of seismic activity within Alberta began in earnest in the mid-1960s with the installation of several seismographs. Prior to 1975, these instruments recorded less than 20 earthquakes yearly. After 1977, there was a notable increase in recorded events.

For earthquake insurance, it covers the loss or damage caused to property and contents caused by the shaking of the earth. If the shaking of the earth results in a fire (caused by a broken gas main), only the resulting loss or damage from the fire would likely be covered under an ordinary home insurance policy, according to the Insurance Bureau of Canada (IBC). In certain circumstances, homeowners who are unable to return home as a result of insurable damage may be entitled to additional living expenses.

Earthquake peril is not normally included in any type of home insurance policy. But earthquake coverage may be purchased separately as an add-on to the policy, and is subject to a higher deductible than coverage for other perils.

1 Comment » for What lies behind the unexpected Alberta quake