How speed has changed the game for risk managers 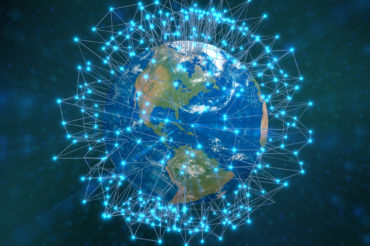 It doesn’t take long for comments that would be negatively received by the populace to go viral and that’s one of the newest challenges for risk managers and business leaders.

Andrew Bent works in Washington, D.C., but it only took until he woke up the next morning to know about Don Cherry’s recent comments and the controversy the former Coach’s Corner host brewed up. “I was aware of this Don Cherry thing almost as soon as it happened. And I’m in the U.S. I like hockey but I don’t have a Google News Alert for ‘Stuff Don Cherry says,’” said Sage’s risk director.

That’s just one example of how quickly news spreads, primarily thanks to the social media age. It puts risk managers and human resources professionals in an unfamiliar position, said Bent, who is a former risk advisor with Edmonton Police and Suncor in Calgary. In the past, companies had time to craft responses before controversies reached a boiling point.

The age of people picking up the morning paper to catch up on the latest news is long gone. Instead, “you’re racing a continuous new cycle,” he told Canadian Underwriter. “The time that companies and organizations have available to respond to that is significantly shorter. The scope of how wide those comments can go and how quickly it can go is one of the real risk management challenges now.”

A comment made in Canada can show up on the other side of the world instantly and fire up a reaction thanks to the internet. “Then we see the engine of social media righteous indignation fire up,” Bent said. “And that’s where it can become really problematic really fast for organizations.”

Bent warned against the repercussions of crossing work platforms with personal viewpoints. Using a professional social media account, or using a professional gathering like a conference to spout a personal opinion can create blowback for a person’s employer.

“Even a personal view that might be posted on a Saturday night can come back and impact the organization more broadly,” he said.

A shift in cultural attitude has also moved with great speed, Bent noted. “In the last three years, there has been a real acceleration in the change of what’s culturally acceptable,” he said. There have been changes to what society accepts in terms of what people can say out loud in a public forum and what they mean by what they say. “I think that’s the real big change we’ve seen [in recent years].”

In the past, people might’ve been more open to giving a second chance to those who may have said something inappropriate or just plain dumb. But we live in an age where “cancel culture” has become a phenomenon where calls for heads to roll as soon as someone says something that crosses a perceived line has grown.

“What you’re seeing is a really strong, almost visceral, response from certain parts of society,” Bent observed. “We may feel that a spokesperson or a commentator or just an employee has made a comment which is inappropriate or which impacts people in some way [and that elicits a response].”