Is the pandemic hiding your commercial client’s under-insurance issues?

There may be fewer instances of under-insurance related to business interruption during the COVID-19 pandemic era, but brokers can’t let the issue of purchasing the right amount of cover to fall off the radar when advising their commercial clients.

In business interruption, under-insurance becomes an issue when the co-insurance clause is triggered during a claim, explained Richard Fowler, senior manager of forensic advisory services at Sedgwick in Hamilton, Ont. As defined by ADS Forensics: “If the insured purchases less insurance than is required to cover the business in the event of a total loss then they become their own co-insurer and are responsible for a proportionate amount of any loss incurred.”

Since insurance protection for business interruption is typically tied to gross profits and earnings, and many businesses are suffering financial hits due to the pandemic, under-insurance isn’t going to be as big of a concern during the pandemic, Fowler told Canadian Underwriter.

“It’s not that it’s gone away or that we’ve figured out the key to this problem,” cautioned Fowler. “It’s just that with the COVID-19 impact on businesses on the revenue side, temporarily, I think, you’re going to see less of these under-insurance issues.” 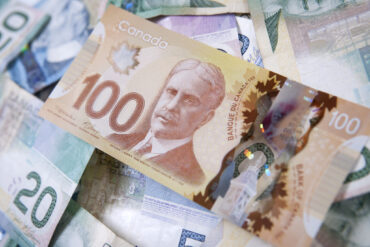 “With COVID-19, under-insurance isn’t going to be as prevalent, especially in this year, because insureds whose revenues are affected negatively either aren’t going to encroach on those limits of co-insurance penalties, or they’re going to be less than they were,” Fowler said. “That’s just a temporary impact of COVID-19.”

But when the economy rebounds, and the business has a claim, the under-insurance gap remains.

“An insured may have a claim right now and they think, ‘Oh, my insurance is fine.’ But let’s say whenever things get back to normal, if they don’t have enough insurance, they could be in that under-insurance issue again. The only reason they weren’t under-insured was because of the effect of their revenues from COVID-19,” Fowler said.

“They might have a false sense of security [and think], ‘Hey my policy is fine. I had a claim and there was no issue.’”

There is confusion around co-insurance, Fowler believes. Some understand it, but many don’t.

Co-insurance has always been a tricky subject to understand and sometimes it’s not until the claims professional explains it that a client understands what’s going on. “Because by the time I get to a file — it’s all well and good how I explain co-insurance to an insured — I’m looking at the claims side of things, so everything has already happened,” he said.

So how can brokers bridge the knowledge gap? Fowler urged brokers to take the time to educate their clients so that there are no surprises. “One is, obviously, effective communication when policies are getting sold and explained. Co-insurance can be a difficult concept to understand and explain. It comes down to that,” he said.

Another issue is renewing the policy every year at the same rates and limits, even if the client’s business is growing. “That’s somewhere you can get into trouble, too,” Fowler said. “That’s the time, when policies are renewed or sold, that the insured’s business and revenue are understood and any changes are understood.”

Fowler reiterated that just because under-insurance may not be an issue in the current environment, that doesn’t mean it won’t become an issue again after the pandemic is over. “Just because we see this, if you can call it a “lull” or less of an impact right now, doesn’t mean the issue’s been solved. Not only understanding what their coverage needs are now but those can change rapidly depending on the industry and what we see going forward with the effects of COVID-19.”