How the Suez Canal blockage may impact reinsurance rates

The fallout of the blockage of one of the most used shipping lanes in the world could affect global reinsurers differently than insurers, two separate analyst reports suggest.

One, Fitch Ratings, says the blockage will be a large loss event for global reinsurers. The other, DBRS Morningstar says global insurers will see “limited impact” as a result.

About a week ago, on Mar. 23, the container ship Ever Given ran aground, crashing into a bank of a single-lane stretch of the man-made passage. It turned sideways and blocked traffic in the canal in both directions.

Salvage teams finally freed the ship on Mar. 29. According to news reports, 113 of the 420 vessels stuck behind Ever Given were expected to make their way through by the following morning. It’s estimated that it could take another 10 days at least to clear the full backlog.

“This event will reduce global reinsurers’ earnings but should not materially affect their credit profiles, while prices for marine reinsurance will rise further as a consequence of the container ship ‘Ever Given’ grounding in the canal,” Fitch wrote in a commentary posted to its website.

Ultimately, losses for reinsurers will depend on how long it takes to fully free the container ship and how long until normal traffic can resume on the canal, Fitch said. 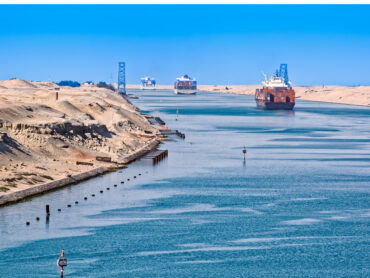 It’s estimated that USD$9 billion of goods pass through the region every day. The route, which runs across Egypt and connects the Red and Mediterranean seas, is the shortest maritime route from Asia to Europe.

Fitch estimated that losses could “easily” reach hundreds of millions of euros.

“Accidents involving large container ships can cause property claims of over USD$1 billion, but these are mostly related to salvage,” the agency said. “As the Ever Given should still be able to travel once freed, claims related to hull and cargo insurance, including salvage (which will be borne by the shipowner’s hull insurer), should remain significantly below this level.”

Global reinsurers were already facing declines in earnings due to claims from the COVID-19 pandemic. “The sequence of catastrophe events in 2021 will put additional strain on commercial insurance and reinsurance markets, pushing prices even higher in an already hardening market,” Fitch said.

As for global insurers, DBRS expects insured losses should remain manageable. The delay was relatively short, there is a low prevalence of delay cargo insurance, and deductibles in marine policies are frequently used.

Marcos Alvarez, Toronto-based senior vice president and head of insurance at DBRS believes that the blockage could have an affect on multiple insurance policies because marine insurance is complex and the number of parties that are involved.

“The first consideration is whether the ship itself sustained damage when it ran aground or during salvage operations,” he said in a release with the commentary.

Litigation, Alvarez added, is likely to follow to figure out legal responsibility for the ship’s blockage of the canal.

“As of now, indications are that the responsible partners would include the owner of the ship, its operator, and the Suez Canal Authority (SCA), which requires local pilots to guide ships through the canal,” he said. 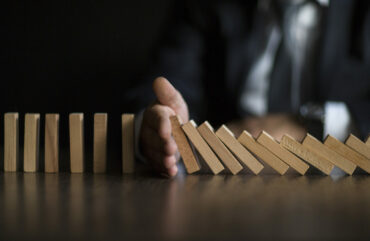 For the ship causing the blockage, a number of marine insurance coverages, such as hull and machinery (H&M) and protection and indemnity (P&I), could be affected.

“According to marine insurance brokers, container ships of the Ever Given’s size would usually have H&M insurance limits in the $100-million to $140-million range, with the upper limit applying to a total loss, which is unlikely in this case,” DBRS wrote. “The H&M insurance policy would also cover the cost of salvage operations.”

P&I insurance — which covers almost all maritime liability risks associated with the ownership and operation of a ship, including third-party risks for damage to cargo during transit, environmental damage risk, like oil spills and pollution, and war and political risks — is likely to be trigged in this situation, the group reported.

The SCA collects between USD$5 billion to US$6 billion in tolls every year for the Egyptian government. It will likely try to recoup losses incurred over the blockage as well as any damage to the canal, which will trigger P&I coverage.

Finally, ships stuck in the canal will also make claims on their own cargo insurance policies and Ever Given’s liability policy for losses of perishable goods and costs of missing delivery deadlines.

“We anticipate that most cargo owners will legally proceed against the owner and the liability insurers of the Ever Given,” DBRS reported. “Currently, there is no public information on the limit amount of the liability insurance of the ship, but estimates point to a limit in the $200 million to $300 million range.”

Feature image: Ever Given, a Panama-flagged cargo ship that is wedged across the Suez Canal and blocking traffic in the vital waterway is seen Sunday, March 28, 2021. The massive Ever Given, a Panama-flagged, Japanese-owned ship that carries cargo between Asia and Europe, got stuck Tuesday in a single-lane stretch of the canal. In the time since, authorities have been unable to remove the vessel and traffic through the canal has been halted (AP Photo/Mohamed Elshahed)