One insurtech based in the United States is pre-filling data in home insurance application forms to help answer questions that customers may not be able to answer themselves. 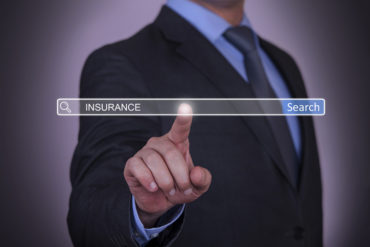 “Most of those questions will already be pre-filled with answers, it’s mainly just looking for the customer to confirm the data elements,” said Mike Gulla, senior director of underwriting at Hippo, in an interview with Canadian Underwriter Monday. “It allows them to get that quote and get that policy much, much faster.”

Hippo reports that it can generate a quote in less than 60 seconds and bind the policy in less than five minutes.

Using public data sources allows the insurer to take in a massive amount of data in real-time, including public records through the county, data through the multiple listing service for residential home sales in the U.S. and aerial imagery technology from avenues such as satellites and aircraft.

“We ingest all that information into our cloud system and we only display the parameters to the customer that we feel are the most pertinent that we want them to confirm, because obviously pre-filled data and these sources are not 100% accurate,” Gulla said. “But they are getting more and more accurate daily and that has allowed us a huge advantage to streamline our onboarding process for our customers.”

Gulla uses the example of a homeowner buying a home, but having no idea how old the roof is. “I wouldn’t expect you to know that,” he said. “Yet almost every company in the U.S. will ask you, ‘When was that roof last replaced?’ That is a major rating component if you live in a state like Texas or Florida and can have a huge impact on your premium.

“You don’t want to lie about it, but now you’re being required to answer an application question that you’re going to sign that you don’t really technically know the answer to. I know an aerial image may not get it right 100% of the time, but it’s going to get it right more often than a person trying to guess the answers to these questions.”

In addition to pre-filling data, Hippo has also modernized its insurance contract and its coverage offerings. For example, it is reducing coverages for things like pewter bowls, gold and silver, and adding coverages for equipment breakdown, home office equipment, service line protection and water back-up.

It has also leveraged the Internet of Things to provide a complimentary smart home sensor kit with two multi-use sensors to clients. The kit can monitor temperature, smoke, carbon monoxide and motion, as well as detect things like water leaks, and then alert the homeowner through their mobile phone. “The best claim experience is one that somebody never had,” Gulla said.

He added that Hippo doesn’t consider itself a disruptor, but rather as a company trying to modernize the homeowners insurance experience in the U.S. They currently operate in 17 states.

Could their approach be taken in Canada?

“It absolutely could,” said Gulla, who also worked for esurance, an Allstate company with home and auto insurance offerings in Alberta, Ontario and the U.S. “I think there’s even more ability to focus on IoT technology in protecting homes in Canada, especially around water leak and frozen pipes and temperature sensing in homes.”

While Canada does not have as major a risk in terms of hurricanes, tornadoes and hail that the U.S. does, “as far as the normal losses that you see around house fires and water losses, those are very, very similar to what you see in the States,” Gulla said.

But that doesn’t mean Hippo is itching to get into the Canadian market. “Currently, Hippo does not have a desire to get into any international markets,” Gulla said. “It’s not in the forefront of the future right now, but it’s a possibility at some point down the road.”