Ontario’s latest wind storm: is it as costly as last year’s wind cat?

The strong wind storm that continues across parts of Ontario Monday is being compared to the costliest insured loss event of 2018.

Beginning on Sunday, Feb. 24, a powerful, sustained wind storm caused blizzard conditions and damaging winds across Ontario. The Weather Network reported very strong winds, with frequent gusts of between 100 km/h and 110 km/h. The highest peak gust of 128 km/h – hurricane strength – was reported in Port Colborne, a city on Lake Erie in southern Ontario. As of Monday morning, Hydro One crews had restored power to more than 165,000 customers, with more than 24,000 without power. 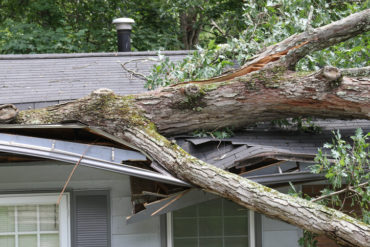 Industry professionals are already comparing this to events last year. On May 4-5, 2018, a powerful wind storm with gusts of up to 126 km/h swept through southern Ontario and Quebec, knocking out power for 600,000 hydro customers. Last year’s storm was the costliest insured loss event of 2018, with insurers paying out more than $622 million, said Laura Twidle, director of catastrophic loss reduction at Catastrophe Indices and Quantification Inc. (CatIQ), at the CatIQ Connect conference in early February.

“In terms of initial impact in comparison to the May 4th and 5th wind storm, [this year’s storm] is comparable, in that it is widespread and long-lasting, impacting heavily-populated areas,” said Greg Smith, senior vice president of Crawford and Company (Canada) Inc., who was recently appointed chief client officer for Canada. “Winter weather conditions have created hazardous driving conditions on the 401 corridor, leading to automobile physical damage losses.”

Media reports indicate a major pile-up involving 70 vehicles closed Highway 400 near Barrie. At about the same time, there was another pile-up of 27 vehicles south of Washago. In northern parts of the province, snow plows were pulled off the road due to blowing snow. “Poor winter weather conditions are reported to persist and will likely result in increased property damage,” Smith said.

From a claims perspective, auto claims seem to outweigh property claims as of Monday morning, Smith said. For Crawford, the call volume on Sunday was higher than average (from both an auto and property standpoint). The greatest number of claim reports are coming from Ottawa, as well as Toronto and the Greater Toronto Area.

“As time progresses, we do anticipate seeing more property claims come our way,” Smith said. “By nature, these type of claims usually take a little longer to report, as it does take some time for the full impact of the loss to be realized by the policyholder, after which point a claim is reported.”

The strong wind gusts have been a factor in the auto physical damage claims Crawford is seeing. Property losses have primarily been a result of water and wind damage. The warmer temperatures over the weekend melted snow, created excess water situations in some areas. This brought about some water claims, impacting roofs, siding and basements.

Environment and Climate Change Canada said the major winter storm brought blizzard conditions, heavy snow, freezing rain, rain, strong winds and even a couple of thunderstorms to parts of Ontario. Many road closures and power outages were reported, with winds causing damage to trees and structures.

Editor’s Note:  This is a developing story and more information will be added as it becomes available.