How this reinsurer views property risk in Fort McMurray

“Property in the town of Fort McMurray, Alberta is insurable, but there’s more work to be done to build resiliency in the area, and all across Canada,” Monica Ningen, Swiss Re’s president and CEO, Canada & English Caribbean, told Canadian Underwriter Monday.

Last week, about 13,000 had to be evacuated in Fort McMurray due to flooding, The Canadian Press reported. The city was placed in a second state of local emergency on top of one declared last month because of the novel coronavirus pandemic. As of Apr. 19, local media reported there were four active cases of COVID-19 in Fort McMurray. 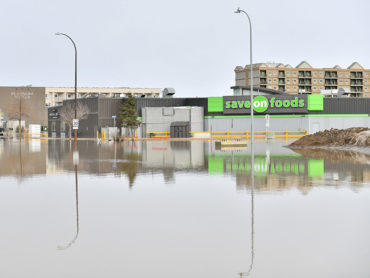 The flood was attributed to rising waters on the Athabasca and Clearwater rivers, due in part to an ice jam.

“I think a lot of people impacted by the wildfire are being impacted by these floods,” Glenn McGillivray, managing director of the Institute for Catastrophic Loss Reduction, said last week in an interview. “We are seeing more and more of that – people getting hit by the same peril, or the same property [being hit by multiple perils] and I think we are going to see more of that in the future.”

“Few have had the misfortune of being hit more than once by natural catastrophes, but that’s the case for many of the residents in Fort McMurray,” Ningen told Canadian Underwriter. “Having been hit so severely from a wildfire in 2016 and now floods only a few years after must be devastating.”

The evacuation order was lifted at 6 p.m. Sunday, on the fourth anniversary of the wildfire that resulted in the evacuation of 88,000 and holds the record as the costliest event in Canadian history for the P&C industry.

Insured losses from the 2016 wildfire were estimated at nearly $4 billion, Verisk Analytics Inc.’s Property Claim Services (PCS) unit reported at the time. About 85% of the insured losses from the 2016 Alberta wildfire were covered by reinsurance and most of that was covered by European reinsurers, A.M. Best Company Inc. reported earlier. The wildfire was the biggest loss event in 2016 for Munich Re, Swiss Re and Hannover Re, costing those reinsurers 404 million euros, US$300 million and 128 million euros respectively. It was one of two events (the other being Hurricane Matthew) in 2016 that cost the Lloyd’s market more than 250 million British pounds.

Canada-wide, the resiliency issue is with properties that are in high flood-risk areas, said Ningen.

“If flood insurance is available to these properties, it is prohibitively expensive, reflecting the high probability for damage. For these high-risk properties, a mechanism to subsidize part of the premium would be required to make it affordable. This could be achieved through a partnership between the industry and the government.”