Navacord Inc., Canada’s fifth-largest insurance brokerage by premium volume, has entered into an agreement that will see a management-led buyout of its minority capital partner, Fairfax Financial Holdings Ltd., with the support of Madison Dearborn Partners (MDP), a leading private equity firm based in Chicago. 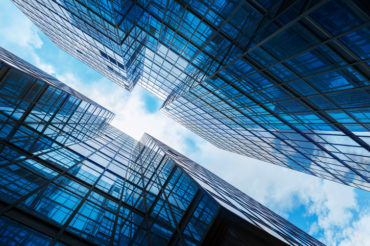 Terms of the transaction, expected to be completed in 2018 Q3, were not disclosed.

Navacord, now with 75 shareholders in the business, formed its capital partnership with Fairfax in the initial stages of its growth. Jones DesLauriers Insurance Management Inc. and Lloyd Sadd Insurance Brokers established the Canadian-owned brokerage in 2014 with a startup revenue of $60 million, which has since doubled to $120 million in 2018. The plan is to double revenue again over the next five years to $250 million.

The brokerage attributes its growth to its business strategy, which has been to focus on commercial lines and sector expertise.

Marshall Sadd, Navacord’s executive chairman and co-founder, talked to Canadian Underwriter about the deal Friday. He said it was clear from the beginning that the brokerage was best-served by catering to a clientele that needed advice. This is in contrast to personal lines where the product has become commoditized, as direct writers and banks develop direct relationships with consumers — a trend that has only accelerated over the years with the emergence of digital technology.

Navacord still has eight per cent of its business in personal lines, but these are typically VIP accounts attached to commercial business.

“We are still in the space, but we want to deal with clients that value the advice of the broker, and we can spend time giving them advice,” Shawn DeSantis, Navacord’s CEO and co-Founder told Canadian Underwriter Friday. “In personal insurance, there is a race to answer a homeowner’s application with two questions. You’re not giving any advice in that scenario. That’s not where we want to play.”

Related Story on M&A:   M&A-lite: a new way to transform the business

Navacord has attracted broker partners that insure many different aspects of Canada’s resource economy. It is the third-largest commercial construction broker in Canada, fourth-largest in energy, and second-largest in transportation.

The plan now is to double the brokerage’s written premium from $700 million to $1.4 billion or $1.5 billion over the next four to five years. It’s an aggressive target, and MDP shares the management’s lofty ambitions.

The brokerage intends to meet its target primarily through organic growth, with approximately $75 million to $100 million to be generated through acquired partnerships. Sadd said potential partnerships would be with other brokerages focused in the mid-market commercial space. Such businesses would be broadly held, with a diverse group of shareholders, and they would want to continue building. Canadian partners are contemplated, although the business is not closed to the idea of U.S. and European partnerships.

Commenting on achieving growth organically, Sadd said: “There’s no real secret to it. It’s really about execution…. It’s about creating the right sales environment, and the tools for our producers to be successful against their competition.”

Sadd and DeSantis noted their partnership group is young and energetic, with an average age of 44.

The brokerage has a two-year “sales boot camp” for people who may be new to the P&C industry (one year of experience or less), or for those coming in from outside the industry. “So that would mean teaching them how to become account executives, what the process looks like, giving them coaching and mentorship, focusing them in a sector or two, and supporting them,” Sadd said. “That’s a discipline we’ve created and we would be adding multiple people every year into that program.”

To attract top-end talent, the brokerage has committed to a top-quartile, total rewards package for producers who show proven success at generating new revenue and new relationships.