How to actually improve diversity on your board

Data show that most directors are interested in diversity — at least in theory — on their boards, but that doesn’t always translate into real change.

A new blog written by the leader and a principal of PwC’s Governance Insights Center highlighted four of the most commonly cited reasons for why boards lacked diversity: Low turnover, inertia, limited candidate pools, and inadequate succession planning. The blog, You Say You Want a More Diverse Board. Here’s How to Make It Happen., was published Thursday in Harvard Business Review.

Maria Moats and Paul DeNicola, leader and a principal of PwC’s Governance Insights Center, respectively, explored the four reasons why boards lacked diversity and what directors can do to overcome these real and imagined obstacles.

One of the biggest hurdles for increasing board diversity is that most boards have very low turnover rates. “Luckily, there’s an easy way to address this problem in the short term: Companies can simply add a new board seat without waiting for a director to retire or reach their term limit,” Moats and DeNicola wrote. “This addition can be permanent or temporary, in order to allow the board to return to its previous size when other directors do eventually step down. It’s the simplest way to make change happen this year — not next year, or the year after that.”

Despite theoretical interest in promoting diversity, only 34% of board members in PwC’s 2020 Annual Corporate Directors Survey felt that racial/ethnic diversity was “very important” on their boards. And only 47% felt gender diversity was important. “For many organizations, our research suggests that significant inertia is keeping diversity in the ‘nice to have’ category,” the blog said. 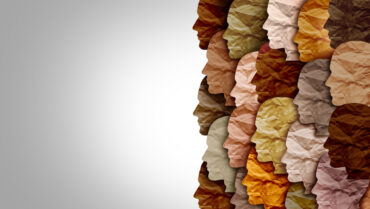 But it is possible to push past this inertia and implement real change. Institutional investors have begun pushing companies to take action, using their clout to incentivize board-level diversity. In some cases, they may even vote against nominating committee members for boards that have not yet made sufficient progress on diversity, Moats and DeNicola wrote.

“Stakeholders must make it clear that board diversity is no longer optional, and their actions must reflect that sense of urgency. At the same time, boards need to recognize that calls for board diversity have reached a tipping point — and that to ignore their stakeholders on this critical issue is to risk serious repercussions.”

A key theme in PwC’s research was the misconception that the reason for limited progress in diversifying board makeup is a lack of qualified candidates. “In reality, there is no shortage of candidates. We see these director candidates every day, and a plethora of respected organizations actively maintain relationships with vetted candidates from underrepresented groups precisely for the purpose of making introductions to boards seeking new members.”

So, the first step to overcoming this obstacle is to realize that the candidate pool is there, and it’s up to boards to find it. Once they acknowledge this, there are a number of tactical strategies boards can implement to recruit more effectively. “For example, expanding the search just one or two levels below the C-suite opens up a world of qualified candidates who can make great directors,” the authors wrote. 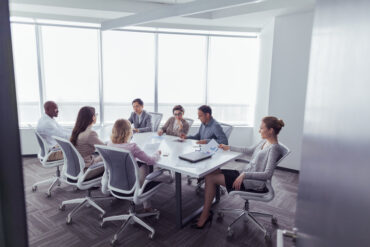 As well, challenge the assumption that new directors must be retired executives. While retirees bring valuable experience to the board, operational perspectives from active executives can be equally if not more important, especially when boards are tasked with advising on a company’s response to current events. During the early days of the COVID-19 pandemic, for example, active executives added huge value as board directors, since they were able to help retired executives better understand how other companies and industries were responding to the rapidly evolving situation on the ground.

Boards often only begin contemplating succession planning when a director is close to retirement, and even then, they are not always transparent about what exactly those plans entail. Fewer than half of the board members PwC surveyed told us that succession plans were shared with the full board (49%), a third described these plans as being ad hoc, and 10% said they didn’t have a plan at all. “A last-minute, reactive approach to board succession planning impedes effective recruitment, and tends to leave diversity efforts on the back burner.”

Instead, board leadership should formalize board succession plans before they’re needed, to avoid a rushed or confusing process. “It also gives everyone the opportunity to source in-demand diverse candidates, and to voice concerns if diversity isn’t being prioritized effectively,” the authors wrote in the blog. “Too often, board members who are concerned with diversity don’t find out about an opening until the process is already completed or well underway, leaving them with little recourse other than waiting until next time.”

2 Comments » for How to actually improve diversity on your board