How to boost sales leads? Turn your AGMs into a fun event

Putting the fun back into your annual general meeting could be a great marketing opportunity, leading to more and better sales leads, a Canadian digital marketer told delegates attending the Ontario Mutual Insurance Association’s AGM in Toronto Thursday. 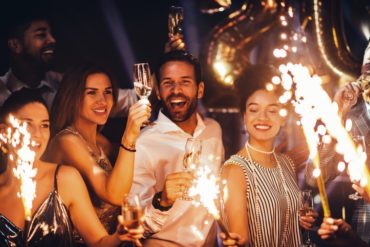 To generate hotter sales leads, mutual insurers should be reaching out to “mavens” who are predisposed to supporting mutuals, said Rob Murray of Intrigue Media. This is a much more effective marketing strategy than trying to educate everyone in the universe about what a mutual does and why consumers should use a mutual.

To illustrate his point, Murray pointed to an example of a Lever 2000 soap bar that includes a 1-800 number on the box to call about the product.

“Who calls that number?” he quipped. “But it’s interesting, because it’s maven trap. Mavens come from the Tipping Point by Malcolm Gladwell. Mavens like to share an idea. They get really geeky about stuff and then they tell everyone about it. A 1-800 number on the box of a bar of soap is a maven trap, because the only people who call that number are people who really, really care about that bar of soap.

But for most company executives, a short AGM is a happy AGM. That means shareholders and mutual policyholders are not taking up any (or much) time to complain about the organization’s management or strategic direction. However, making the AGM more engaging than the standard regurgitation of financial statements and the annual appointment of the auditor would go a long way to helping the organization’s marketing efforts.

How does a mutual draw more people to the AGM? Pumping up the fun factor.

“Annual party? Annual Policyholder Appreciation Night? Or Annual General Meeting? Which one do you want to go to?” said Murray. “Maybe we need to spin it a little differently and get people jazzed, bring their kids, maybe have some fun.

“Serve some good food, serve some booze. That always works. Raise money for a charity at the event. Make it a party, and then you get a real opportunity to engage with your policyholders. You have your CEO walking around shaking hands with people, saying ‘I am the person who runs this ship.’ Wow, you have an opportunity to build relationships and loyalty.”

Also, consider adding an online registration to track AGM attendance, Murray suggested. That way, registrants can be added to social media and other digital media campaigns. The message from the organization is then getting out to the right people, who are predisposed to hearing from mutual insurers.

More News
Related
Cyber incidents in mining a complex topic for risk managers, mining product development has not kept pace with needs: Munich Re
Personal lines set to dramatically change, but will not disappear altogether: speakers at CIP Symposium
Need to shift from focus on task to focus on customer: NICC speaker
This week in P&C employment changes