How to convert the online leads you just purchased

If you want to pursue online leads for home and auto insurance, be prepared to adopt a business model that emphasizes speed and playing the percentages, an executive with an online comparison website says. 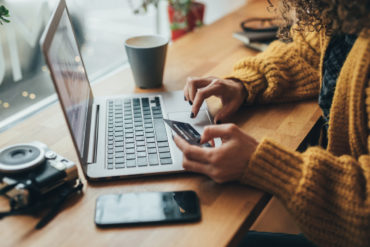 What your sales team needs to convert online leads is the right mindset, Sean Widdess, vice president of strategic partnerships at Lowestrates.ca, suggested Aug. 22 during a panel discussion at Symposium West. The symposium was produced by the Insurance Institute of Canada and held at the Cambridge office of the Ontario Mutual Insurance Association and Farmers Re.

Dealing with online leads is much different than dealing with prospective clients who are referrals from family or friends, he said. With these prospective sales leads, brokers have a better chance of closing the deal.

But if you purchase lists of potential online prospects, typically only one of 10 of these leads will convert to a sale, Widdess said during the session entitled Coming Full Circle – creating a Culture of Customer-Centricity. “You have to be okay with [the idea that], ‘If I get 10 people who come to my company online, one of them is going to be utterly fake,” he said.

Not only that, but of the remaining nine prospects, four or five will never answer your phone call or email no matter how many times you try to contact. And for the remaining four or five, “you will probably close one of two of them,” said Widdess.

To convert online prospects, speed is of the essence, Widdess said. You need to try to contact all 10 prospects as soon as you can, without making them wait. “If I walk into your store front location, and I sat there and you said, ‘I will be back in two hours,’ I am out of there,” said Widdess. “You have to contact them and let them know you exist and will get back to them.”

Lowestrates.ca sells about 30,000 to 40,000 auto insurance leads a month in Canada to brokers and direct writers, according to Widdess. The volume can sometimes spook brokers, and some may argue that it takes too much time and effort to separate the wheat from the chaff.

“A lot of consumers are going online, but it’s not scary,” Widdess said. “You don’t have to invest millions of dollars, you don’t have to have A.I. and blockchain and all these things. If you are Intact and you have the money, you probably should, but most companies don’t.”

Most consumers find quotes on Lowestrates.ca because they ran a Google search for auto insurance and they want to speak to an advisor at some point, said Widdess. “Just because they are going online, that doesn’t mean they don’t want to talk to [brokers] anymore.”

That said, many consumers do not want to physically visit a brokerage office because the trip there and back takes up too much of their day, Widdess observed. They also want full transparency on what the going rate is for certain products.

“That’s why they shop at Expedia,” he said. “When you go to Expedia and you see 20 flights – if you just saw one, you wouldn’t know if that was expensive, or cheap, or middle of the road.”

Widdess said he might use Expedia to book a flight to Las Vegas and his hotel room, but for a more complicated trip – such as an African safari – he would talk to an expert. “I want advice,” he said. “I want to get a good product for a good price, but I don’t want to spend two hours doing it. That’s the consumer behaviour we see in our world.”