One of the biggest challenges for the insurance industry is convincing policyholders that they haven’t wasted their money if they constantly pay premiums but don’t have a claim.

To overcome this challenge, insurers should help policyholders celebrate the fact that they haven’t had a loss, said Dr. Howard Kunreuther, professor and co-director of the Risk Management and Decision Processes Center at the University of Pennsylvania’s Wharton School. He was speaking at the CatIQ Connect virtual conference last week with other experts about decision science, the interpretation of risk, and how to communicate hazards.

“If [insureds] haven’t had a loss, give them a little chit to go out to one of their favourite restaurants and celebrate the fact that they haven’t had a loss,” Dr. Kunreuther suggested during the panel, Decision Science and Risk Systems: How people think about risk, and why they react as they do. “If they renew their insurance in the following year, tell them they can celebrate that rather than thinking they’ve wasted their money.”

Insureds will often pay premiums for many years without a payout. “They think they’ve wasted their money, and all people can think about is what they could have done with all the money that they hadn’t invested,” Dr. Kunreuther said. “I think one of the biggest challenges… is to tell people that insurance is not an investment, it’s a protective measure.” 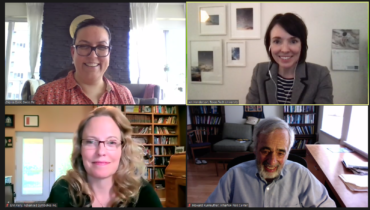 Erin Kelly is president and CEO of Advanced Symbolics Inc., an Ottawa-based firm that offers artificial intelligence services to help businesses and governments better understand their audiences. She discussed how people’s social networks are often more influential than experts on a topic.

“When I was a kid, you’d watch a doctor in a lab coat say, ‘Ninety-five per cent of doctors smoke menthol [cigarettes],’” she said as an example. “Having experts on TV tell you this is the right way to do things presumably is very effective, because that’s what we always saw. This is very different today — we are seeing more and more experts are not trusted.”

The same analysis could apply to trusting experts in the insurance industry. For Kelly, the best way to communicate behaviour or attitude change is to get into people’s social networks. “Get into the network, understand the network and how information is shared and how people are influenced. People really trust their social network,” she said.

For example, Advanced Symbolics does a lot of work in healthcare and has found that older people will actually go to their children, even after a doctor has prescribed medication, to ask the children what they think about the medication. “We realized being able to educate their children — who are, like, 50 years old — about these medicines was important to the parents taking these medicines.”

In this age of populism, many people are resistant to people telling them what to do, so they would rather hear information from their social network, Kelly said. “The important thing is education comes from peers, not spokespeople.”