How to make earthquake insurance sexy

In its 2017-2020 Strategic Plan released Thursday, AMF said it will be undertaking a “special project” to help reduce the major financial risks to the P&C industry and the public of a moderate or major earthquake in Quebec. 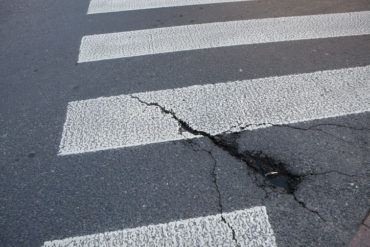 “The risk of a major earthquake in the Quebec City-Montreal-Ottawa corridor, home to more than 75% of Quebec’s population, is particularly misunderstood and underestimated,” the strategic plan noted. “According to Earthquakes Canada, this zone is the second most hazardous in Canada [after British Columbia].”

AMF sent a questionnaire to property and casualty insurers last March to assess the current state of the insurance market and to identify trends in insurers’ practices related to earthquake risk, noted Nathalie Sirois, AMF’s senior director in charge of insurer supervision. The questionnaire focused on products offered, take-up rate, underwriting, claim settlement and pricing, as well as some prospective items for personal and commercial property insurance, she wrote in Solvency Matters, the quarterly report from the Property and Casualty Insurance Compensation Corporation (PACICC) issued Wednesday.

AMF’s questionnaire looked at earthquake risk exposure in B.C. and Quebec to compare insurers’ practices, and to understand differences in approach among carriers in each region. In Quebec, the take-up rate was 3%, “far lower than in British Columbia (45%), the primary seismic hazard zone in Canada,” the strategic plan said. The take-up rate among homeowners for insurers doing business in both provinces is over 40% in British Columbia, Sirois added.

For commercial property insurance, take-up rates were 44% in Quebec and 87% in B.C.

After getting an “accurate picture of the current state of the insurance market and trends in insurers’ practices with regard to earthquake risk in Quebec,” AMF plans to address several items with various stakeholders, including the P&C insurance industry:

The regulator’s analysis also highlighted challenges identified by some insurers if the earthquake endorsement take-up rates were to increase. These include training various stakeholders about the product offering and claims settlement; in addition, the industry would need to refine how it prices its product and defines earthquake hazard zones.

AMF has made an inventory of the risk mitigation mechanisms in place elsewhere in the world, which will be also discussed during meetings with various stakeholders, Sirois said.

Philipp Wassenberg, the former president and CEO of Munich Reinsurance Company of Canada, created a stir in February at the CatIQ Connect conference when he suggested that Quebec brokers are not doing enough to inform clients about their potential earthquake risk.

“The broker will actually tell the homeowner nothing [about the earthquake peril in Montreal],” Wassenberg said at the conference. And even if a Montreal homeowner does think or ask about the peril, he added, “the broker will say, ‘There’s not going to be an earthquake in Montreal and, by the way, it’ll cost you double. You don’t want that.’”

One executive at a reinsurance brokerage took issue with the comments.

“Ultimately, when questions are asked about earthquake coverage, they [brokers] are trying to find solutions,” Paul Cutbush, senior vice president of catastrophe management at Aon Reinsurance Solutions, replied. “I know a lot of insurance companies are also trying to talk to Quebecers to try to sell them earthquake insurance. Philipp, I appreciate your passion, but I thought it was a bit demonizing of primary brokers.”


2 Comments » for How to make earthquake insurance sexy