Although American inventor and Founding Father Benjamin Franklin was not referring to insurance when he penned the famous words “time is money,” today’s risk managers should take the expression to heart if they wish to reduce their companies’ claims costs.

The more time it takes to resolve a claim, the more expensive the claim will be, attendees heard recently at the RIMS Live 2021 virtual conference. And so, the key to reduce claims costs is to reach out to the claimants as soon as possible, before the whole thing hits the courts.

To overcome rising claims costs, and with social inflation increasingly forcing companies to pay out more, risk managers must use technology to quicken the pace of communications with stakeholders in the claims process, in addition to putting an end to delays in working out resolutions.

Max Koonce, chief claims officer at Sedgwick, reported that liability claims rarely — about 1% — reach the point of litigation within the first year. But between the first and second year, that number triples. Let it sit around longer than that, “it goes up five times than when it originally started,” he said.

“The obvious statement to that is: Claims have a greater chance of becoming litigated as they get older throughout the process.”

Once litigation arises, the costs start to increase exponentially.

During the session, Social Inflation: What It Can Mean for Your Liability Program, Tom Best, deputy general counsel at The Home Depot, spoke to ways his company is working to avoid litigation and so-called nuclear verdicts in order to stem social inflation. 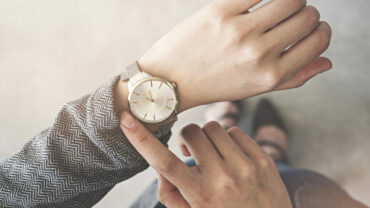 Social inflation describes the rise of insurance claims costs because of increased legal costs. Litigation is increasingly expensive for a variety of reasons; among them, more litigation, more plaintiff-friendly judgments, or higher jury awards.

For Best, it’s imperative to contact the claimant quickly to get the process rolling.

And if there is a delay?

That’s when “we find that customers will become dissatisfied with the claims process, dissatisfied with Home Depot, and they’re more likely to look for litigation avenues to make their voice heard,” Best reported.

When a claimant has a beef with a company, “they notify you of it, [and] they’re expecting someone to follow up within 24-48 hours,” Koonce said. “I think [quick follow-up] is a huge component of helping drive…positive outcomes. [It’s that] timely aspect of following up with people and pushing things through the process as rapidly as possible.”

Times have changed significantly from when everything was done on paper. Medical records would be on paper. Letters would be sent in the mail. An adjuster or risk manager would have a week to craft a response. Then maybe two weeks later they would hear back from the claimant. “And, boy, we thought that [kind of turnaround time] was great,” said Best.

Now the world is on e-mail. And even that seems outdated compared to texting, Best admitted.

“With that said, what we try to focus on is this: How can we leverage technology to make things go faster?” Best said.

For example, can they obtain the information fast enough to make a solid and early determination of the claim’s value? If within 60 to 90 days, a company has a good idea about the size and scope of the loss, why wait around to resolve it? Best said of the risk manager’s current thought process.

Koonce agreed, asking rhetorically: Why drag things out when you can avoid the long-term costs associated with delaying the claim?