All the talk in the White House these days about “whistleblowers” and “no quid pro quo” echoed in the discussions about ethics last Thursday between Canadian insurers and their brokers at the 2019 Insurance Brokers Association of Ontario (IBAO) Convention. 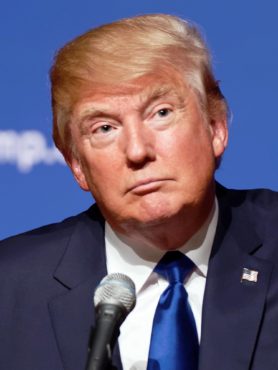 Cyprian Kebbianyor, director of compliance and chief privacy officer at Traveler’s Canada, highlighted the importance of creating a “culture of compliance” in Canadian insurance companies and brokerages alike. He listed a variety of reasons for why good people may do bad things, including:

One way to ensure an ethical work culture is to hire ethical people in the first place, Kebbianyor said. This would mean finding a way to determine how people would respond to hypothetical ethical scenarios. Another way to prevent unethical behaviour is to establish mechanisms for detecting it. “When you see something unethical, you need to speak out,” he said.

But how to do this without facing reprisals?

The Canadian P&C industry can look south of the border for an answer. The United States government enacted The Whistleblower Protection Act in 1989. Currently the centre of the impeachment inquiry involving U.S. President Donald Trump, the law protects federal government employees in the United States from retaliatory action for voluntarily disclosing information about dishonest or illegal activities occurring in a government organization.

Whistleblowing policies should be established in Canadian insurance organizations (if they haven’t been already), Kebbianyor told brokers attending the Travelers town hall session at IBAO. They could take the form of “ethics hotlines,” for example. But whatever form they take, whistleblowing policies must be applied evenly and fairly.

“You don’t want your whistleblowing policy to be used as a weapon against others,” Kebbianyor said. “You don’t want people who just have a beef with another employee to use that as an opportunity to report them. You can’t use the whistleblower policy as a means of retribution against enemies, so you have to think about how you are going to respond to incidents.”

Just like “quid pro quo” business arrangements can get a U.S. president into hot water, they should not be allowed to corrode broker-insurer relationships, as Kebbianyor observed. A quid pro quo is a favour or advantage granted or expected in return for something else of value.

Ethical dilemmas can arise for insurers and brokers alike even if there is only the appearance of a quid pro quo. In other words, a favour was not actually granted; it just looked like a favour had been done.

To illustrate the point, Kebbianyor gave the hypothetical example of a “jokester” broker with an unfortunate lack of comedic timing. When binding a policy for a client, in his final email exchange with the company underwriter, the broker jokingly signs off with: “P.S. Thanks for the offer to send me and you to the NBA Finals this year.”

“For the broker, it might be a joke,” said Kebbianyor. “But the problem with that for the insurer is that that’s part of their file. If a regulator came to review or audit those files, they will find that note in the files.

“In the past, this is what I’ve told people about how to deal with it. Put a note to the file: email back [to the broker] saying, ‘Just so we are clear, I did not offer you tickets to the NBA files. That’s not something we do.’ And you save it as part of the file.”