How your advice can help flood-proof future real estate development

There’s not enough collaboration between stakeholders in Canada’s real estate sector and risk professionals with information about natural hazards, and real estate investments could drown as a result, an expert warned.

If real estate is constantly being exposed to damage caused by natural hazards such as flooding, how valuable is that investment going to be for clients, Jeff Charles, managing director at Gallagher Canada, asked rhetorically. Risk exposures associated with real estate development, in particular discussions about developers investing dollars to prevent hazard exposure, should be considered, he added.

One significant issue is the lack of communication and/or collaboration between those who can help analyze the risk that developers are taking when building in certain areas, especially floodplains.

“When you go to build a building, you have architects and engineers who can get the thing up,” Charles said. “But their view isn’t necessarily that of what’s going to go wrong or likely to go wrong. And I think there’s room to have more dialogue at the development and design level where the risk control conversation can be elevated.”

Charles said if he were to cold-call a developer and ask about his or her flood exposure, or if he were to ask if the developer had an engineer’s record that outlines the site’s exposure, he wouldn’t expect a comforting response. “I think that’s the crux of the problem — and the opportunity,” he said.

“We’ve encountered it in a couple of circumstances, where we’ll engage with prospective clients and have a frank discussion: ‘Is your project exposed in any material way to any catastrophic hazards?’ The first question [in response] is often, ‘What does that mean?’ And then we work backwards. We ask, ‘Are you collaborating? Are you working with the municipality? You’re probably working through the channels of zoning and approvals with development plans, so where in there are we working on catastrophic exposure?’” 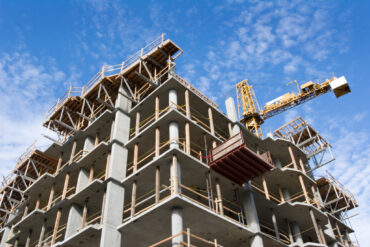 Things have improved over the past decade, in Charles’ view, but there’s still room for improvement. For example, submissions to underwriters generally don’t highlight catastrophic exposure. Based on the lack of such information, underwriters are unlikely to let the file move forward.

“A lot of clients — builders and developers — are finding some interesting surprises right now, given how challenging our marketplace is,” he added. “We might have not insured it partly because [underwriters are] not getting clarity of information.”

He doesn’t think developers are being ignorant, or that this is a widespread problem — many are doing their work properly. “We think that work could improve with the improvement in the availability of data and the utilization of data before it even gets to the underwriters,” Charles said.

So the more information a client can get, the better. But they have to work with a wider partner network to find more data sources. Risk exposure isn’t something developers think about as often or as naturally as insurance professionals. “Developers are thinking about the other side of this trade, which is growth and building and development. [They] are focused on the upside, as they should be.”

Charles recommends that clients look to municipalities for hazard information, for example. They have response plans and information about flood risk.

Charles acknowledged there has been greater awareness around getting additional data sources. “And then we would prefer to see our client delivering their own view of their catastrophic exposure before it gets to the market.”