How your federal corporate tax reporting rules could change

Some brokerages might be at greater risk of being audited by Canada Revenue Agency or having to file more tax paperwork if measures proposed in Monday’s federal budget come to fruition.

The federal government is proposing new requirements for corporations to notify Canada Revenue Agency if those corporations have what accountants call “uncertain tax positions.”

Before deciding whether or not to make such reporting mandatory, the feds plan to have a public consultation, Deputy Prime Minister Chrystia Freeland said in the 2021-22 budget document tabled Apr. 19.

The United States, Australia, and Britain already have rules in place – as does Quebec for provincial corporate income tax – that mandate reporting of uncertain tax positions, said Joseph Micallef, partner and national tax leader for financial services at KPMG Canada, in an interview Tuesday.

Micallef was commenting in general on the impact of the 2021-22 federal budget proposals on privately-held Canadian businesses, and not on insurance brokerages specifically.

If the federal government does make it mandatory to report uncertain tax positions to CRA, this would be controversial because there could be an adverse impact on any business affected by the new rules, Micallef told Canadian Underwriter. 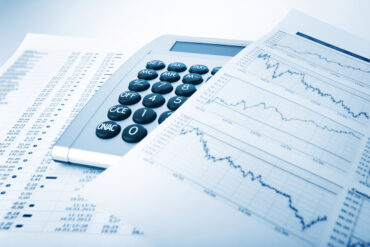 “Depending on the nature of information that’s provided, it certainly could give rise to additional audits and information requests that would obviously be there, not to mention any other sort of additional support-related costs and activities in order to defend the tax position taken,” added Micallef.

A corporation could have an uncertain tax position in several different instances. Examples include uncertainty over whether an expense qualifies for a tax deduction, or whether a tax credit can be claimed, PwC says in an article on its website.

“A tax position simply reflects your judgment of how the tax law applies to your circumstances,” writes Philadelphia-based PwC managing partner Kassie Bauman.

“There’s not always 100% certainty that the position that a taxpayer takes is going to be accepted by the tax authorities in the end,” he explained. “Overall, there’s a number of criteria that go into what we consider not only the recognition of a tax benefit or a tax position, but also the measurement of such.”

Both the U.S. and Australia have reporting requirements for specified taxpayers that reflect uncertainty in relation to tax in their audited financial statements, the federal government noted in its budget document for 2021-22, released this past Monday. “The experience in these countries provides a useful model for developing similar rules in Canada.”

The Canadian government is proposing mandatory reporting of uncertain tax positions only for corporations with more than $50 million in assets on their balance sheets.

Usually, if the accountants feel there is less than a 70% chance that the business’s tax position will accepted by the government, that is when a tax position is “highly uncertain,” said Micallef.

Comments on the proposal are due to the federal finance ministry by Sept. 3. Comments can be sent by email to fin.taxdisclosure-divulgationfiscale.fin@canada.ca.

The federal budget document also discussed what the Liberals call tax evasion and “aggressive tax planning.” So Ottawa is promising to allocate more money to CRA to carry out more audits and collect tax debt.

Specifically, the federal government is proposing to spend an additional $304.1 million over five years to allow the CRA to fund new initiatives and extend existing programs. This would include increasing sales tax audits of large corporations and improving the capacity to identify tax evasion.

The government estimates that measures proposed in the budget to combat tax evasion and aggressive tax avoidance will recover $810 million in revenues over five years.

With this, CRA would get more resources so that federal tax collectors could audit a business and take a closer look at what is in the business’s returns and other documentation, said KPMG Canada’s Micallef.

“Remember when you file your tax returns, it’s numbers,” he said. “And so you can’t really see any detail behind those numbers and so what they’re asking for is more information.”

This way, CRA could ask the company filing its taxes additional questions or decide whether to do an audit, said Micallef.