There are indications the commercial insurance market in Canada is starting to see rate hardening, the president of Hub International Canada told Canadian Underwriter Friday.

“It hasn’t all hit yet, so I want to be clear on that,” Tina Osen said in an interview. “The indicators are certainly pointing that way.” 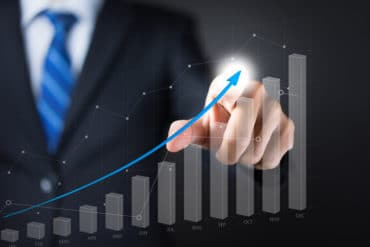 Osen said certain lines – transportation, residential and condominium buildings – are some of the tougher classes to place in terms of capacity and have proven to be a “bit more tricky for underwriters.” While it appears the market has been hardening this year and in the later half of 2017 in specific classes, “I think the difference now is we are starting to see just general indications from carriers that they need to get rate across broad sweeps of the books of business,” she said.

“All indications we are getting are certainly positioning for more broad swept rate increases across the business that quite frankly we haven’t seen in a long time.”

Osen offered her comments in response to a question from Canadian Underwriter about the Top 3 trends she sees facing commercial brokers.

Another trend she is seeing is a significant increase in weather-related losses as a byproduct of climate change. “2017 was a terrible year for the Canadian industry; 2018 is off to higher than expected losses and the irony is they are not necessarily catastrophic losses,” Osen said. “It’s just an increase in the number of smaller losses that are really just causing far more damage than they ever did before.”

Take, for example, the “quick, heavy rainstorms” that seem to be occurring more frequently. On Sept. 10, a heavy rain soaked Toronto during the morning rush hour, but industry experts suggested the storm won’t be a catastrophic event. In another event on Aug. 7, 72 millimetres of rain fell over Toronto, including 51 mm in just one hour. The Insurance Bureau of Canada reported over $80 million in insured damage from the August event.

Increased weather-related losses are affecting both commercial and personal lines. “Fortunately for our clients, we are getting very experienced handling these losses because of our North American footprint in both Canada and the U.S.,” Osen said.

The third trend from a commercial perspective is the “increasing cyber losses that we are starting to see,” Osen said. She said there is still a “disconnect” between the consumer’s feeling that cyber is something that will impact them and the take-up in terms of purchase of a cyber policy. “I think the need is far greater than people recognize.”

There is also a lot of complexity in policy wordings and how policies respond. “If a broker is not specializing in developing that expertise around a coverage like that, you run the risk significantly of not serving your clients well because it just so complex,” Osen said. “Somebody that is not deep in the subject could really misinform a client.”

More News
Related
Is this the beginning of the end of a soft commercial market in Canada?
How this top-tier Canadian brokerage plans to double its revenue in 5 years
Look to utilities, retailers for cyber sales opportunities, suggests new survey
Hub’s Top 3 pot risks