Gallagher works in St. Catharines as an executive adjuster for Vancouver-based Kernaghan Adjusters Ltd. In addition to aviation, his areas of expertise include commercial property, personal property and liability and specialty losses. 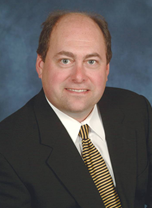 He has also handled a “a large variety of multi-million dollar fire and water-related losses,” Kernaghan Adjusters adds.  He has also been a catastrophe adjuster in various locations in North America and the Caribbean.

Gallagher previously worked for Granite Claims Solutions, formerly known as McLarens Canada and before that as Ponton Coleshill Edwards & Associates. The property and casualty business of Granite Global Solutions was acquired in 2014 by SCM Insurance Services Inc., which owns adjusting firm ClaimsPro.

Founded in 1930, OIAA’s aims include, among other things, promoting a high standard of ethics in claims adjusting, and promoting “amicable relations with government departments and officials, the governing bodies and members of other organizations, insurance associations and fraternities and the general public, in matters connected with the business of insurance and insurance claims.”