The Insurance Bureau of Canada (IBC) is applauding the Ontario government’s decision to move forward with the creation of a new financial services regulator. 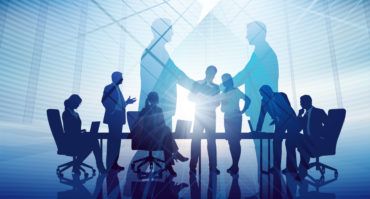 On Monday, the government of Ontario announced in its 2016 Ontario Economic Outlook and Fiscal Review that it would introduce legislation to establish the initial parameters for the Financial Services Regulatory Authority (FSRA), “a new independent and flexible regulator of financial services and pensions that, once established, would be more consumer-focused and improve protections for consumers, investors and pension plan beneficiaries.”

“Canada’s insurers are pleased that the government is reforming the way Ontario regulates insurance,” Kim Donaldson, vice president for Ontario with IBC, said in a statement on Monday. “Today’s Economic Outlook outlines a process for establishing a world-class insurance regulator that can adapt to changing consumer needs and industry trends.”

The announcement from the provincial government follows a recommendation from an expert advisory panel tasked with modernizing the regulation of financial services in Ontario. The government has committed, once enabling legislation is in place, to develop a detailed implementation plan and to appoint FSRA’s initial board of directors, IBC said in the statement.

“IBC encourages the government to quickly introduce enabling legislation, and to work closely with the property and casualty insurance industry as it shapes the new regulator’s mandate,” the statement added. “An area of importance for automobile insurers will be the ability of the new regulator to modernize Ontario’s rate regulation process; the current system stifles innovation and prevents the benefits of a competitive market from being fully realized.”

Donaldson said that IBC looks forward to learning the details of the new legislation and “will continue to work with the government to better serve the consumers of this province.”

The recommendation to create the FSRA was one of 37 from the panel, appointed by the Ontario Ministry of Finance to review and recommend changes to the Financial Services Commission of Ontario (FSCO), the Financial Services Tribunal and the Deposit Insurance Corporation of Ontario. The panel was composed of members George Cooke, chair of OMERS Administrative Corp., Lawrence Ritchie, a partner at Osler, Hoskin & Harcourt LLP and James Daw, a former Toronto Star personal finance columnist.

In releasing the Economic Outlook, Ontario Finance Minister Charles Sousa touched upon a variety of topics, including job creation, trade, financial technology, infrastructure, clean energy and healthcare, among others. Under the outlook’s section related to “Fostering a More Innovative and Dynamic Business Environment” were the following: