The Insurance Bureau of Canada’s (IBC) board of directors is recommending that IBC’s members operating in Ontario and the Atlantic provinces voluntarily align their home insurance policies with other jurisdictions when it comes to protecting “innocent co-insureds.” 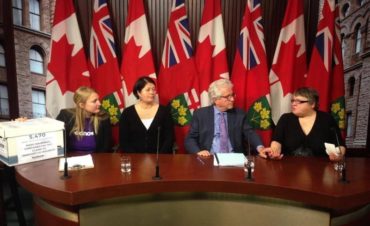 Current legislation in British Columbia, Alberta, Saskatchewan, Manitoba and Quebec requires that the insurer pay for the losses of an innocent co-insured’s property caused by the deliberate action of another person insured on the policy, IBC explained in a press release on Tuesday. The amount paid out in these circumstances is determined by the innocent co-insured’s proportional interest in the damaged property.

Ontario, New Brunswick, Nova Scotia, Prince Edward Island and Newfoundland and Labrador do not have similar legislative protections in place. By voluntarily agreeing to align policies in Ontario and Atlantic Canada with those in other jurisdictions, consumers will gain an extra level of protection, IBC suggested in the release.

“A gap in insurance protection for some Canadians has recently been highlighted through media reports,” said Don Forgeron, president and CEO of IBC, said in the release. “These are tragic stories and insurers can take immediate action to close this gap. That is why IBC’s board of directors, whose companies represent over 85% of direct written premiums in Canada, is recommending that all members providing home insurance in Ontario and Atlantic Canada voluntarily align their policies with other jurisdictions when it comes to offering coverage for innocent co-insureds. Those protections ought to be in place across the entire country.”

Earlier this month, CBC reported on one case where a woman’s estranged husband was suspected in $70,000 in home damage, but her insurer would only cover half of the cost. In another CBC story, a domestic dispute ended in a denied claim after it was found a fire was intentionally started in a bedroom.

On April 26, Ontario MPP for Eglinton-Lawrence, Mike Colle, introduced a private member’s bill titled Bill 125, Innocent Persons Insurance Recovery Act. The bill would “amend the Insurance Act to limit the ability of insurance contracts to prevent recovery for loss or damage to property by certain innocent persons if the loss or damage was caused by an act or omission of another person.”

Forgeron said that over the coming days and weeks, IBC will ask its members to agree to extend this protection to innocent co-insureds. “Canadians across the country should receive equitable treatment regardless of their province of residence,” he said. “It is quite simply the right thing to do.”