The Insurance Bureau of Canada (IBC) is applauding the Government of Canada’s focus on infrastructure investments and flood mitigation in its recently released Fall Economic Statement 2016. 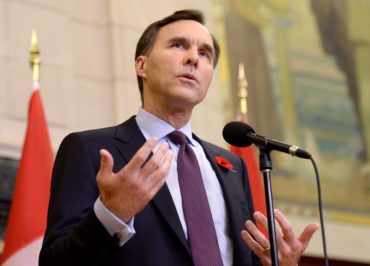 In the statement, released on Tuesday, the federal government proposed $21.9 billion over 11 years for green infrastructure, including targeted investments that “support greenhouse gas emission reductions; enable greater climate change adaptation and resilience; and ensure that more communities can provide clean air and safe drinking water for their citizens.”

The Government of Canada said in the economic statement that it will “work with its provincial, territorial, municipal and Indigenous partners to evaluate, select and fund the green infrastructure projects that will deliver the best outcomes for Canadians.” Projects that may receive additional investments include, among others: the construction of infrastructure to help manage the risk associated with floods and wildfires; inter-provincial transmission lines that reduce reliance on coal; the development of new low-carbon/renewable power projects; and the expansion of smart grids to make more efficient use of existing power supplies.

“Canada’s property and casualty insurers have been highlighting the need for flood mitigation programs across the country and today’s economic statement is a solid step forward in meeting that need,” said Don Forgeron, president and CEO of IBC, in a press release. “We fully support the government’s plans to fund strong infrastructure and applaud them for recognizing the importance of flood mitigation.”

IBC said that the “frequency and severity of flooding events and wildfires are having a significant impact on Canadians across the country. Canada must build a culture of disaster risk reduction that resonates with consumers and engages all levels of government, businesses, and institutions.”

“This economic update will help create stronger, more resilient communities,” added Forgeron. “We look forward to working with the federal government as a committed partner in the areas of mitigation, adaptation, and emergency management.”

The federal government also pointed to its announcement in October that it will contribute more than $20.5 million to help protect three Alberta communities from flood risks. “The communities of Canmore, Bragg Creek and Raymond, Alberta were hit hard by flooding in 2013,” the Government of Canada noted in the fall economic statement. “This year, the government contributed $20.5 million to projects in the region to build a dam to protect against flood damage, control erosion and build a storm water diversion project. These projects will help protect 180 local businesses and thousands of residents in these communities.”