The Insurance Bureau of Canada (IBC) is congratulating the federal government on the National Research Council Canada (NRC) decision to update the country’s building codes to reflect the realities of climate change. 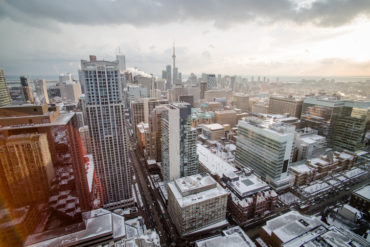 “This is something that Canada’s property and casualty insurers have long advocated for and we are very supportive of this move,” said Craig Stewart, vice president of federal affairs with IBC, in a statement on Tuesday. “Severe weather is already costing Canadian taxpayers hundreds of millions of dollars annually. This decision puts Canada on track to limit future damage by implementing smarter and more effective building standards. Provincial governments across Canada must now step up and work with all stakeholders to adopt these model changes.”

Canada must build a culture of disaster risk reduction that resonates with consumers and engages all levels of government, businesses and institutions, IBC said in the release, adding that the decision “further complements” the efforts already underway by the federal government. Budget 2016 provided an additional $40 million over five years to integrate climate resilience into building design guides and codes. This funding, along with the NRC decision, will support revised national building codes for residential, institutional, commercial and industrial facilities.

“Climate change is affecting our country both environmentally and economically,” added Stewart. “We will continue to work with all levels of government across the country in the areas of mitigation, adaptation, and emergency management – all of which form the basis of a comprehensive climate strategy.”

NRC said in a press release on Tuesday that over the next five years, the council will conduct research and evaluations, as well as risk analyses to “develop new solutions to factor climate resilience into the design of future buildings and infrastructure in Canada.” These buildings include houses, roads, bridges, water systems and rapid transit networks.

“With climate change, the total annual precipitation is increasing, as well as the frequency and severity of extreme events, such as heat waves, high winds, floods, and droughts, all of which is resulting in increased stress on built structures,” said Richard Tremblay, general manager of construction at the National Research Council of Canada. “In 2017, it is a necessity to start planning to adapt our buildings and infrastructure to withstand the new loads.”

Once in effect, the new measures are expected to reduce the costs of rehabilitation and replacement of buildings and infrastructure affected by extreme weather events. The new specifications and guidelines will be ready and released in 2020.