“These guidelines are another tool to help protect drivers and ensure that at the scene of a collision, the custody of the vehicle always rests with the insurer and vehicle owner,” Kim Donaldson, vice president of IBC’s Ontario region, said Friday in a press release.

The release of the Guidelines for providing towing services to the OPP in the GTA on Jan. 29 provide clear direction, and demonstrate the commitment to a safe, fair environment for both towing companies and drivers, IBC said.

The rules identify towing requests by type — i.e. consumer/owner-requested towing, and police-requested towing — and provide responsibilities when towing for the OPP. For example, one guideline is that the “towing/impound operator shall not allow the towed vehicle to be moved or released from the impound facility without prior authorization from the OPP or prior to the documented release date.”

Pete Karageorgos, director of consumer and industry relations for Ontario at IBC, said the new guidelines are “an interim step that the OPP have taken on their own initiative.” While it is a GTA initiative, “we’re still looking forward to a province-wide system for [towing operators] and storage facilities, so I think ultimately that’s the state we’d like to get to, and this is one step along that journey.” 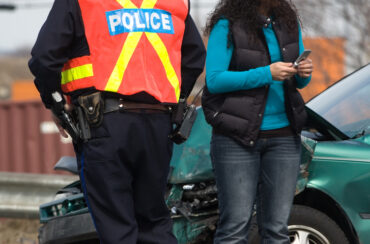 The guidelines follow the Ontario government’s recent announcement about the creation of a task force to improve provincial oversight of the towing industry. The task force will develop a regulatory model to increase safety and enforcement, clarify protections for consumers, and improve towing industry standards. It will also consider tougher penalties for offenders.

Karageorgos told Canadian Underwriter in an interview Friday that for insurers and consumers, retaining control of the vehicle is important. “Once it gets hooked, it’s unclear where that car ends up,” he said. “And despite the fact sometimes there’s direction in terms of where the car should be going, when insurers go to retrieve that car or get the cars to bring it to the ultimate location where it will be repaired – or if it’s a write-off, taken to the salvage location – there’s struggles and issues that arise with that.

“But hopefully this will provide some support to insurers in documenting those types of things where they weren’t necessarily documented previously.”

IBC said in their tips card that a lack of provincial oversight in the towing industry has “led to a municipal patchwork of bylaws, which includes inconsistent towing rates, processes and standards. It has also left motorists unsure on what the rules are, and how to protect themselves from fraudulent activities, particularly when it comes to collision tow services.”

The association is recommending an end to “first-to-scene” chasing, as well as stronger consumer protection measures, an established towing and storage fee schedule, and new enforcement and dispute resolution mechanisms. “One of the things the industry is calling on the government to do is set some fees so there’s clarity in terms of what tows cost and storage rates,” Karageorgos said.

The new guidelines help the OPP control the environment a little more, Karageorgos suggested. “A lot of the problems, a lot of the conflicts happen when you have multiple tow trucks at a collision scene and then they’re fighting over who’s going to get the tow. 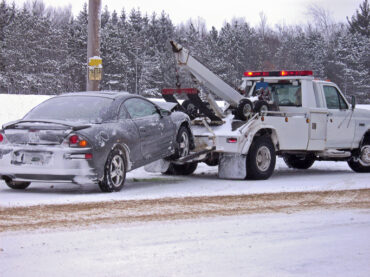 “Now [police] are going to be scrutinizing who arrives at the scene, making sure the consumer is comfortable, and also… recording that centrally so that they have a record of where the vehicle was picked up from, what its destination is, and who the driver was,” Karageorgos said. “So if there are disputes afterwards, the OPP will have a record of that.”

Under the new guidelines, there are two types of towing requests: Consumer/owner-requested towing, when the towing service is requested by the owner/driver of the vehicle, and police-request towing.

“There shall only be one tow vehicle for every involved vehicle at an occurrence or collision scene unless, at the investigating officer’s discretion, more than one tow is required to safely remove the vehicles from the scene,” the guideline says. “An OPP officer shall direct any tow trucks stopped or parked within 200 metres of a collision that are not required to immediately leave the area.”