The road to improving auto theft numbers has taken a negative turn for the second year in a row, increasing 6% nationally in 2016 over 2015, Insurance Bureau of Canada (IBC) reports in its newly released Top 10 Most Frequently Stolen Vehicles list. 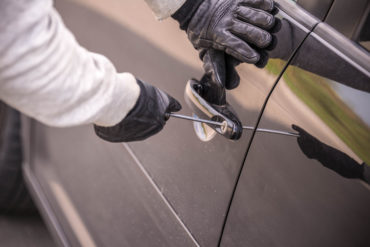 “After large declines in auto theft activity over the last decade, the number of stolen vehicles has gone up 6% nationally compared to last year,” Dean reports.

Stolen vehicles across the country numbered 78,849, says Garry Robertson, national director of investigative services for IBC. “The biggest increases were in Alberta, where stolen vehicle numbers are up 32% and Prince Edward Island where they are up 19%.”

Stolen vehicles – a process that can take less than a minute – may be shipped overseas, where they are sold to consumers who do not necessarily know they are buying a stolen car; they may be scrapped for parts; or they might be used to commit another crime.

The 2016 national top 10 list of most frequently stolen vehicles is as follows:

This year, IBC has published a list for each one of its regional offices.

Atlantic Canada saw improved auto theft figures in most provinces of the region, although not all. There were declines in Nova Scotia, New Brunswick and Newfoundland and Labrador, says Dean, but incidents of theft were up a staggering 19% on Prince Edward Island.

This year’s 10 most frequently stolen vehicles in IBC’s Atlantic region are as follows:

The experience in Atlantic Canada shows size is no barrier, with auto thieves open to stealing vehicles big and small. “Across the region, we see that thieves do not discriminate when it comes to make, model or year,” Dean states.

That said, older large and small vehicles dominate the list for the region. Most vehicles stolen in Atlantic Canada are stolen for parts, IBC reports, with thieves selling the parts to unknowing consumers.

“In most cases, the vehicles stolen in Atlantic Canada still had the keys inside them,” Dean points out, emphasizing the importance of vigilance. “A vehicle left running unattended is not only easy to steal, it has increased value as a stolen vehicle because it comes with the keys,” she explains.

Beyond never leaving a vehicle running when unattended, it is advisable to park in well-lit areas, close the windows and lock the doors, put valuables in the trunk, park in the garage at night, and not leave personal information (such as insurance and ownership documents) in the glove box when the vehicle is parked.

In Ontario, high-end luxury SUVs are the most commonly stolen vehicles in the province. The number of thefts has increased by 5%, reports Kim Donaldson, IBC’s vice president, Ontario for IBC.

“Many of the high-end vehicles that are stolen in Ontario will end up in overseas markets,” Donaldson continues.

The most stolen vehicles in Ontario are as follows:

In the same vein as Ontario, the list of most frequently stolen vehicles in Quebec includes luxury SUVs.

The list clearly shows “the appeal of sport utility vehicles shows no signs of slowing down. In fact, all the cars that fell into their clutches in 2015 were SUVs,” IBC reports.

“Today’s thefts are different from what they were several years ago. Thieves no longer ‘borrow’ cars to go for a spin; they are now acting as part of organized networks, and vehicles are often stolen for resale abroad,” states Anne Morin, supervisor of communications and public affairs at IBC.

“In addition to the export market, the vehicles are stolen for resale locally to people who are unaware that they are in fact victims of fraud. The vehicles are also dismantled and sold for parts or used to commit other crimes,” Morin notes.

This year, the 10 most frequently stolen vehicles in Quebec are the following:

“Once again, Ford trucks are the most commonly stolen vehicles in the Western and Pacific region,” notes an IBC statement.

“In Alberta, we have seen the largest increase in all of Canada with auto thefts up a whopping 32%,” says Bill Adams, vice president, Western and Pacific for IBC.

“Unfortunately, many of the vehicles stolen in this region will never be recovered,” Adams suggests.

In Western Canada, he points out, “many vehicles are stolen by thieves with the purpose of committing auto insurance fraud.”