FREDERICTON – A year after IBM began teaching its Watson computer system to fight cybercrime, the company is making the platform available for use. 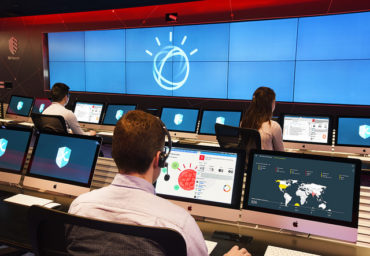 “Now he gets a job and makes us some money,” quipped Caleb Barlow, vice-president of IBM Security.

He said a new app called IBM QRadar Advisor is now available as a tool to help determine the seriousness of a cyber threat.

Barlow said security teams sift through over 200,000 security events per day on average, trying to determine what might be a serious threat.

More than 20,000 hours per year are wasted chasing false positives, he said.

“What Watson for cybersecurity does is sit beside those human beings and acts like their research assistant,” he said.

Watson – IBM’s question-answering computer system – was originally designed to compete (and win) on the television quiz show Jeopardy!, but the technology has since been used on other problem-solving projects from clothing design to cancer.

The University of New Brunswick is one of 40 customers around the world who have been beta testing the new app. Others included California State Polytechnic, Sun Life Financial, and the University of Rochester Medical Centres.

David Shipley, UNB’s director of strategic initiatives for information technology services, said research that would take him half a day only takes Watson a few minutes.

He said that before Watson, he could only select the worst cases and try to make an objective analysis based on what knowledge he has been able to gather.

“Our ability to do that as people is limited to how much information we can learn about the latest and greatest attacks. There is a great volume of information produced every day, and I as an educated professional may be able to consume one per cent of that,” Shipley said.

“With Watson, because it is a system of cognitive computing, it can consume all of this data.”

Shipley said he now seeks advice from Watson on 10 to 15 cyber threats each day.

Barlow won’t discuss prices, but said he expects the new app will be used primarily by large universities and corporations.

It’s estimated that by 2020, there will be two million unfilled cybersecurity jobs.