VICTORIA, B.C. – The Insurance Corporation of British Columbia is apologizing for wrongly suggesting a deceased Mountie was liable for the on-duty crash that claimed her life, saying it’s taking to steps to prevent a similar situation from happening again. 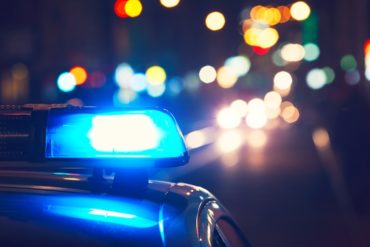 The Crown-owned insurer said Saturday it will immediately instruct its lawyers in a civil court case to ensure Const. Sarah Beckett is not blamed for the April 2016 crash in which the mother of two died.

ICBC President Nicolas Jimenez said the Crown corporation is issuing a public apology to the Beckett family, the West Shore RCMP where she served and the community at large.

“We are extremely sorry that this has happened and we accept full responsibility for what I am calling was an incorrect and really inappropriate decision to advance this kind of argument in the claim,” he said in a telephone interview.

Beckett died when her marked police vehicle was struck broadside during a police pursuit of a suspected impaired driver in the suburban Victoria community of Langford.

The Attorney General of Canada launched a civil suit against Fenton in March 2018 seeking special damages for the loss and damage to the police vehicle Beckett was driving.

ICBC filed a response to the civil suit last spring, saying the crash was caused by Beckett’s negligence. Jimenez said that should never have happened.

Jimenez said ICBC will offer public apologies to the RCMP, the community and the Beckett family. He said the RCMP suggested the family did not want to be contacted by ICBC.

Jimenez said the Crown corporation will implement tighter checks in the future to ensure this is not repeated.

“This was a human error, clearly a lack of judgment was applied in determining the best approach in this particular case,” he said. “I’m deeply, deeply troubled by this.”

Thousands of people attended the funeral service for Beckett, an 11-year RCMP veteran. The funeral included a procession through the streets of Colwood, B.C. and the service was held in a packed local ice arena.

Earlier Saturday, ICBC issued the following statement: “We’re deeply sorry. Clearly, the decision to suggest Constable Beckett was liable for this collision in the initial legal documents was a mistake and we are taking immediate steps to fix this error. We will be instructing our counsel to amend that defence to admit the defendant is fully liable for this accident.”

This report by The Canadian Press was first published Dec. 21, 2019.